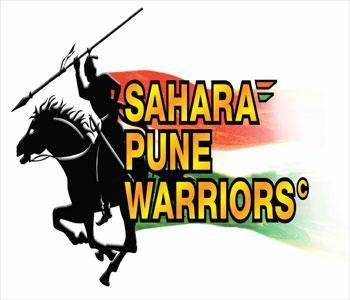 The Logo of the Sahara Pune Warriors team consists of a Warrior sitting on a Horse.
The anchor for the programme was famous actor Urmila Matondkar and Director Mahesh Manjrekar. On this occasion Subrto Roy said that he felt as if he lived in Pune in his previous birth. On this occasion of naming Pune IPL team as Sahara Pune Warriors, he has donated eight medical vans, fitted with latest equipment which would help the poor people to the Pune Lok Sabha constituency. An insurance scheme was also launched on the occasion.

An amount of Rs.one Lakh would be given to the kin of the person who dies in an accident.

A number of film stars also attended the programme along with the family members of Sri Subrato Roy.