Manoj Tiwari, an Indian actress from Bhopal, is one of the Big Boss 4 Final 14 Participants. Manoj Tiwari is a Bhojpuri actor, singer and director. Bhojpuri actor Manoj Tiwari has almost single-handedly revived the Bhojpuri film industry. Manoj Ji has appeared in more or less 30 Bhojpuri language films. As the career of Manoj Tiwari took off, he was a playback singer, later he turned to cinema. Some of the hit films by Manoj Tiwari include Bhole Shankar, Ganga and Gangotri.

Profile and Biography of Manoj Tiwari 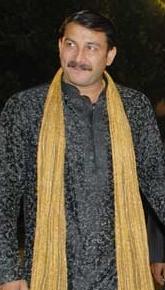 Bigg Boss season 4 will be hosted by Salman Khan

This resource contains information on Bigg Boss season 4.The fourth season of Bigg Boss will be hosted by Salman Khan.