Dolly Bindra an actress who did several movies as comedy character and vamp is now going to be a new wild card participant in Bigg Boss season 4. Dolly Bndra came into limelight after the most controversial Dolly Bindra Raja Choudhary incidence occured in 2004.

Bigg Boss season 4 in order to compete with KBC 4 is applying all measures to add spices and presence of Shweta Tiwari and Dolly Bindra in Big Boss house will certainly add some spice. 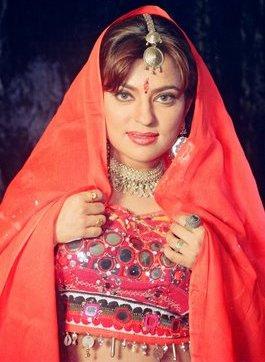 Dolly Bindra is a punjabi actress and acted in many movies as an actress in comic role. Dolly Bindra acted in movies with Salman Khan too in his home production Maine Pyar Kyun Kiya.

Dolly Bindra is introduced in Bigg Boss 4 to add some controversy. Shweta Tiwari the most famous contestant of Bigg Boss season 4 is acting matured though liked by many but to ignite her and to gain TRP, Dolly Bindra has been included.

Raja Choudhary on Dolly Bindra,s incidence said just few lines to media that see her size and her husband is double her size, how can I dare to hurt her, even if she fall on me I will be nowhere.

Bigg Boss season 4 will be hosted by Salman Khan

This resource contains information on Bigg Boss season 4.The fourth season of Bigg Boss will be hosted by Salman Khan.