Within a day after the resignation of Ashok Chavan, the new Chief Minister of Maharashtra is selected . The swearing-in will be on 11th November 2010 . Till now He is a Member of the Parliament in the Rajya Sabha. He is Minister of State in Prime Minister's office (PMO). After getting the news in this morning from defence minister A.K.Antony, Prithviraj Chavan's first reaction was 'he is highly honoured and humbled'. He will reach Maharashtra by today evening. 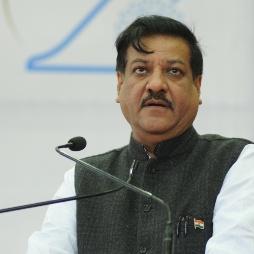 Ajit Pawar is the new Dy. Chief Minister of Maharashtra.