Renuka Sahane is one of the contestants of the upcoming Reality Show Jhalak Dikhhla Jaa 4. She is a Mumbai based Marathi actress and is quite a familiar name in the Bollywood Film Industry as well as in the Marathi Movies and TV Shows. Renuka Shahane Career began from the Marathi Film Industry and she got an important break in 1991 in the popular TV serial, Surabhi, which she was used to host along with Siddharth Kak. Her popularity graph took a sharp rise after her role in the 1994 blockbuster Hum Aapke Hain Kaun. She is married to Ashutosh Rana who is also a Bollywood actor. Here you can a short Renuka Sahane biography or Renuka Sahane wiki which will help you get lot of information on Renuka Sahane. 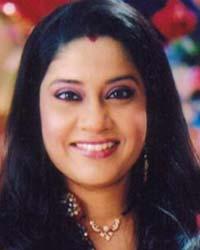 A Big Fan of Renuka?