Dhobi Ghat, a hopeful blockbuster expected to come out in January 2011, is the first directorial attempt of Aamir Khan's wife Kiran. The film was all set to be released in September 2010 but later got delayed due to some 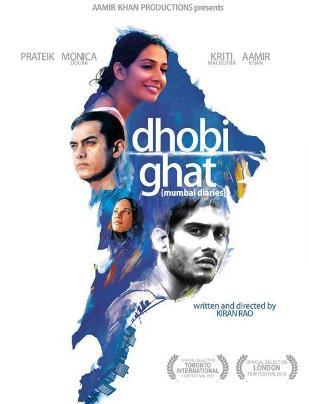 difficulties. Dhobi Ghat Hindi Film Plot revolves around four characters, Munna, Shai, Arun and Yasmin. Munna is a washer-man (Dhobi) by profession dreaming to be a Bollywood star, and can be called the protagonist of this film. The Dhobi Ghat movie story will then revolve around the life in Mumbai, amidst loneliness, loss, love, betrayal, hope and survival.