Sohrab Modi was born in Parsi family on 2nd November, 1897. His parents were Parsi civil Servants. For few years he stayed in Parsi community in Bombay. Sohrab Modi childhood was spent with lot of activities. As he grew up, his more interest was in exercise and sports. Though in childhood many times he was severely sick and few times he was also hospitalized. Due to which he looked tall but he was thin. But later he was very active. In school he was an average student, he never got hooked to History subject. Many times teacher complained his parents for lagging behind in history subject. His parents turned all the stones to make him study but it all went in waste. But Sohrab was good in sports and from childhood he was interested in exercise which helped him to develop his personality in stage acting. Later he shifted with his family to Rampur in Uttar Pradesh. At the age of 14 -15 his mind absorbed many interesting things in acting as he watched silent movies. Soon his mind got diverted toward stage acting. 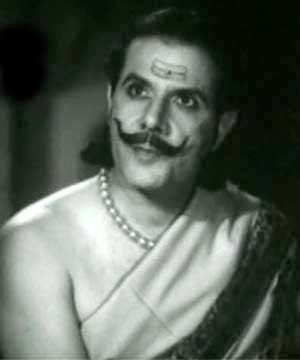 important. But Sohrab was looking for the opportunity where he could act as a leading actor. Very soon he got an opportunity and he broke the ice. Soon He earned the reputation as Shakespearean actor. Sohrab Modi elder brother Rustom helped him in stage acting and people really appreciated the Sohrab acting. As Sohrab was growing up, his personality kept developing. His personality suited the role king. His two plays 'Khoon Ka Khoon' and 'Saed-E-havas' added flying colors to his acting.

In 1931 Hindi movie 'Alam Ara' was released with sound. On one side 'Alam Ara' was a big leap for Bollywood. But on other hand introducing of sound in movies created very big crack in theatre business. People started getting interested in watching movies than watching theatre plays. To save theatre art, Modi brothers set up the stage film company in 1935. From this year Sohrab Modi never looked back in acting carrier.

In 1936 Sohrab Modi launched Minerva Movietone. Logo of his banner was the Lion, is this personally symbolize Sohrab Modi personality? Two films were made from same old theatrical play 'Khoon Ka Khoon' and second movie was Saed-E-Havas. As people had seen both the plays many times this two movies failed. But this failure didn't stop Sohrab Modi in acting. 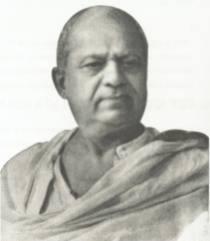 After release of 'Meetha Zaher' and next movie 'Tallaq' in 1938, Sohrab Modi true film career started. From 1939 to 1943 Sohrab modi got chain of three super hit movies. 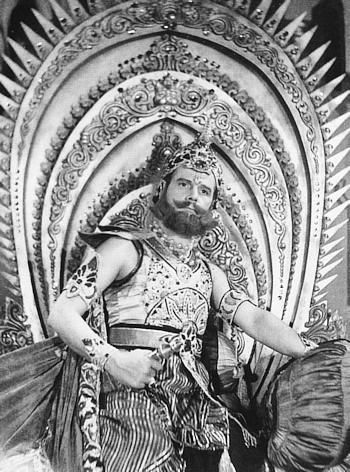 These three movies were totally based on historical events. Pukar movie was totally based on Mughal Emperor Jahangir fair Justice.
While 'Sikander' was super hit, which was based on King Alexander of 326 BC. The Movie 'Sikander' is still remembered for out-standing acting performance of two lions that is Prithvi Raj Kapoor and Sohrab Modi.

Sikander movie did big hit by getting 326BC historic event alive. Lot of changes was made & huge sets were designed in such manner, it looked back to 326BC. The whole production was totally equivalent to Hollywood best movies. 'Prithvi Vallabh' movie was based on a novel written by K.M Munshi.

Reason for Ban on Sikander

As it was the period of World War II, 'Sikander' did the small role of arousing patriotic feeling and National sentiment. On the discussion with few leaders, 'Sikander' movie was banned in few theatres in few States to maintain the calmness of Indian population.

After launching Minerva Movietone, Sohrab modi got involved in chain of movies.


'Seesh Mahal' was one of the good movies by Sohrab Modi. It was observed that even blind people were sitting on booked seats. But they put there head down and heard the voice and dialogues of Sohrab Modi. It was first time in history of cinema Blind people had the tears in there eyes while hearing the dialogues of Sohrab Modi. When they asked one Blind man how he enjoyed movie without watching the set up. Blind man was little nervous, he said he watched the movie from his heart and heard the dialogues which made lot of imagination in his mind, which helped him to understand the movie. Ticket Money was returned to blind people.

Some more movies of Sohrab Modi which includes:


These movies helped Sohrab to maintain the chain of releasing movies without giving gap but they didn't get much business.

In 1976 Sohrab had complained about the weakness and headache but by common home remedies this sickness was cured. As time passed Sohrab Modi health kept reducing. But still he was offered with the roles of father or grand father. Later he had to get admitted in 1979 but yet true cause of sickness was not known. On other hand Sohrab never believed that he was sick and never allowed any Doctor to do any checking properly. His common dialogues to doctors were 'Sher kabi bimar nahi padta Aur agar mai bimar Hu to mai jald thik ho jaunga'. His heavy voice was enough to make all Doctors calm. In two days he was discharged.

Soon after completing Razia sultan, he had started new movie 'Guru Dakshina'. But unfortunately this film was never completed. In 1981 or 1982 he was again admitted in hospital and the whole Kapoor Family visited the hospital to convince him to get all checking done. But as doctors had 90% sure that Sohrab was having Cancer. As all the symptoms of sohrab were indicating toward cancer. Sohrab Modi was soon found of having cancer and immediately medications were bought from other countries. Soon Sohrab Modi visits were frequent to hospital. His weight was reducing day by day. He tried to involved himself to complete his 'Guru Dakshina' but his health never permitted to work.

On 2nd November 1984, at the age of 86, Sohrab Modi took his last breath when Cancer had fully conquered the lion of Hindi Film Industry. Whenever there arises a discussion of Classical Movies, Sohrab Modi Movies are still remembered and appreciated.

Here is the Complete biography of Zubeida Begum, the First Indian Actress in a Talkie Cinema.

Yes this article is indeed very informative. Great work done by you. Other than this article I want to say you something that you can always ping me. I have provided you my Id in your message box. Hope to see you online, so that we share little tips to improve this article.

Keep up the good work. You are doing great.

What a fantastic presentation done by you on Sohrab Modi.

Excellent job! Keep it up.

You joined MSR just a few days back, and have proved your worth by contributing such nice presentations.

Thank you for your compliments.
I'm really happy because you liked my article.
I wrote this article on Sohrab Modi with my Dad help.
I'm very much sure, most of the 1 thing, today's young generation is not aware of old actor capability.
So I just tried to bring back old actors which are forgotten by fast moving days.
I have made of list of lost of old actors on whom I have to write article.
But my health doesn't permit to sit on chair for long time.

VERY IMP- Sushilaji to tell you honestly, I know you are not aware of it.
But you have given compliments to me alone this is not fair enough.
There is equal amount of effort put by Sowmyaji to shine my article with light.
So it is combination of team work toward this good article.
Yesterday I was having word with Kumarji & he mentioned that our MSR article on Sohrab Modi has reached 6th page out of 5000+ articles on same subject in goggle. This is a good achievement.
I'm happy because we are doing well with each other help instead of being selfish &looking into our own subjects only. That's called perfect team work.