All About Drumstick Tree

This article is on very ordinary vegetable which is called drumsticks. We commonly called this vegetable as Singafali. Very few times people do call Sahijan. In Maharashtra we commonly called as Shenga. Botanical Name for Drumstick is Moringa Olefeira. In different region it is called with different names. It has been seen each and every person staying in our country must have eaten drumstick once in his life time. No one has escaped the magical flavor of drumsticks. if I start from north India to south India I will be needing 100 pages note book to give all details of drumstick tree.
But let me give you short description of this vegetable. When drumsticks are added to Khati Daal which is made of Toor daal, the flavor of daal improves. when drumsticks are added to sambar of south Indian Sambar same miracle appears here. Same way when drum sticks are added to Bengal recipe it does same miracle. While in Maharashtra, drumstick are commonly used in many different ways starting of daal to potato or mixed vegetables. In other words you will ask me what's special about it. As you have been eating drumsticks from childhood.

After reading this whole article, I'm 100% sure soon you will be getting drumsticks in home and start consuming it. As 98% of population has tasted drumsticks and don't give importance to drumsticks. I have also noticed in hotels people removing drumstick from sambar and keeping it in one side to avoid eating it. I'm pretty sure after reading this article you will not dare to do this.

Reason I'm writing this article on drum stick because now is the season for drumstick. I'll try to cover all the important things related to drumstick. So don't miss the single opportunity. Let me proceed step by step. 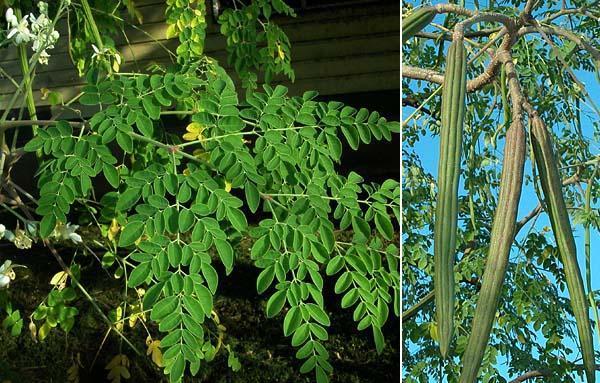 History of Moringa Olefeira (Drum stick) and method of plantation

Drum sticks have been used from last 5000 years in India as a daily item during its season time. Now days it has been observed people who got there own houses they take opportunity to grow this plant. Basically if you check the past history in very old edition encyclopedia of New Standard Encyclopedia you will learn, years back this tree is originally from Northern part of India and Russia. Later these plants were taken to southern parts of India. Later it was found in other parts of Asia countries. Slowly whole Africa, South America, North America, and some parts of Europe were seen with this plant. Growing of this plant is not that difficult but this tree stems are very weak and easily broken because of excess amount of gum in branches. Drum stick branch can be grown by cutting and drafting. On other hand it can be grown by its seeds also. Only important thing is that, you have to keep watering the plant till its full grown to 8, 9 feet. Basically fully grown trees reach to the height of 30 to 4o feet. They got very small leaves. Flowers are white in color as shown in image.


Names of Drum stick in Different Languages in India.

There are very few trees in this world which have great values. Basically each and every plant grown on this earth has got some or other medicinal values. But there are few plants in which you find every thing under one umbrella. Nowadays we have got facility of consuming tablets if we are lacking with any Vitamin or protein. But tablets or capsules are artificial source, which do have side effects on longer terms. But if you go back in past, there were doctors who would advice us to consume banana fruit if we were lacking with potassium. Same way doctors would advice us to consume carrot and oranges if we were lacking with Vitamin A and Vitamin C. Same thing was followed with milk if we lacking with protein.

Well here is solution for all the problems. You don't have to spend Rs.500/-weekly to buy different fruits for gaining all this vitamins and protein because I'm giving you one of the best tip in the world to gain the entire vitamin and protein which very easy to get from market. You just have to get drumsticks from the market and start consuming it as you like.

Details what I have given above is just the content of leaves, which is only 2% body weight of the tree. Same things are found in the whole tree but there are some changes in values of content. Other than above details as mentioned above, there is lot of minerals found in this tree which is used in ayurveda and very lately it has been also used in industry. Drum sticks, flower, seeds whole tree is used in different manner in Ayurvedic medicines.

Drumstick Cures Cardiac Diseases
It cures this disease by consuming leaves or drumstick. You can cook them using different ingredients in different dishes.

Drumstick Increases Bone Density
After consuming drumstick regularly for two months it has been proved that it increases density of bones. This is very good for growing up kids.

Drumstick as Resistance to Cold and Viral Fever
As Drum stick is rich in vitamin, it improves the immune system which helps body to fight against the foreign virus which makes person sick.

Drumstick Reduces Cancer Level
Continuous consuming of drumstick and its leaves reduces the chances of developing cancer by 80% and it has been proved ladies who are victim of breast cancer heal fast from this sickness.

Drumstick Reduces Intestine Tumor or Ulcer
Intestine tumor or ulcer can be reduced and many experiments have been done in past which was positive in reducing size of ulcer by just providing drumstick extract.

Drumstick Improves Vision of Eye and Retina
It improves the vision of eye also clears the toxins from the retina which increases the life of retina.

Drumstick Reduces Ladies Period Cramps
Drumstick leaves soup when taken continuously for 21 days, it changes the cycle of period in ladies which helps in reducing the cramps.

Uterus Fibroid
It reduces the size of cist on uterus; hence it helps in reducing the pain below the naval in ladies. in some villages still this technique is used by middle aged woman's to reduce the pain in abdomen.

Asthma, Bronchitis, Tuberculosis
Person has to prepare the soup from leaves of Drum stick twice a day and consume fresh soup. This will help to make lungs strong removes the toxin from the lungs which are deposited because of cigarette smoking or heavy industry air pollution.

Drumsticks are Beneficial for Brain Injury
Drumstick and its leaves are very beneficial for all sort of head injury. Even doctors recommend patients to have this after going through operation on brain.

Drumsticks Reduces Diabetic Level
In 1982 few experiments were conducted in TamilNadu on 36 diabetic patients. Out of which 30 people showed positive result of reducing sugar level in blood.

Drumsticks Makes Gall Bladder Healthy
It helps in improving the function of gall bladder, which help diabetes people to reduce the sugar score. People who are not diabetic iit help them to keep there gall bladder healthy.

High acidic Urine (Dysuria)
Remove the extract from drumstick leaves or best way to grind leaves in carrot juice and consume 300 ml every 6 to 10 hours. Also start the toxin free process to flush out bacteria or virus from the body. It gives good result. In few days time acid in urine reduces.

Diarrhea, dysentery
Half cup drum stick leaf extract, one spoon honey with one cup coconut water helps healing with from the sickness.

Drumstick improves Nervous and Immune system
It has been proved in past continues consuming of drumstick help person improve the immune system and also seen that person is quite healthy without getting any cold or viral fever. Slightly increase in blood hemoglobin has been also reported lately.

Other uses of seeds and fleshy wood of drum sticks

Oil removed from the seeds of drum stick is wide used in similar diseases as mentioned above. Manually drumstick oil is filled in capsules and consumed which helps in improving immune system & helps whole body to be healthy. This oil is also used in treating skin infection. Gum is obtained from the fleshy bark of drum stick tree, which is further mixed with other herbs and used in various diseases. No part of tree is wasted. When drum stick tree unfortunately gets dried or get destroyed its roots are collected and used in many herbs. It has been seen recently science has focused on drumstick tree after putting hand on Neem tree. According to the book "Ayurveda Jadi Buti rehsiya" published by Baba Ramdev, chapter 107 gives lots of details on treating many different diseases.

Very recently from last 15 years drum stick seed oil has been used in industry purposes. Delicate gears of small machines are lubricated with this oil. Even watch companies have started using this oil. Many expensive Swiss watch company have appreciated the smoothness of oil which reduces the friction between the small gears. It has been explained, the fatty grease molecules present in oil is much smaller compared to other oil which reduces the extra cost of further treatment to reduce thickness of oil. This oil is commonly used in hairdressing & further it is also used in perfumes. Now soap companies are regularly using this oil for good effect on skin. Crushed seeds are commonly used in purifying the water and further treating the water. Recently few experiments were performed to produce Methane from the leaves. It has been declared by the bio experts that 4400 of Bio gas can be obtained on land of one hectare per year.

Drum stick trees are grown in whole India. Tamil Nadu and Karnataka is well known place world wide where extreme growth of this plant for business purpose. These two states produce best quality of drumstick in world. According to latest production, India is largest producer of Drum stick. Till 2004 1.6 million ton of drumstick was produced in one year. In 2008 due to less rain production came down to 1 million ton.

Well I hope I have given enough details of this common vegetable which had no importance till now in your mind. In fact this common tree is healer of many diseases. Your just small effort to buy this drumstick can help your whole family to be healthy. As this is the season of drumstick, don't waste your days start using drum stick in each of your cooked dishes and make your immune system strong.

please look into this matter so that I can post my new article.

I'm still facing the same problem to post the new article. My drum stick article has been edited but still when I try to post new article it says “finish pending article".
I replaced all old pending articles with new one & they have been edited by editors.
Then why I can't post new article?
Is something wrong with my computer or something wrong with MSR setting?
Please do check into this matter. Because tomorrow is working day.

@Sushilaji this is drum stick article, what I had mentioned you.when you are free please go through it.
I want to say hi to Nirliptaji also.
thank you
dm

Use of Drum stick and the leaves of the tree seems to have a wonder medicinal effects. Many of us might not know these facts.
Thanks for sharing such wonderful facts with us.

I recall my childhood days when I use to visit my aunt's place in Madurai, South India. They had 2/3 drumstick tress and almost through out the year, they cook drumstick leaves, and drumstick sambar. But for the last 50 years or so, I never could find drumstick leaves anywhere in the vegetable market here where I live.