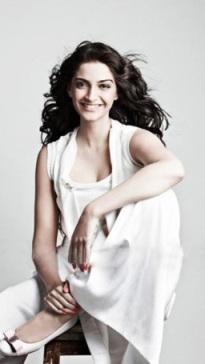 The fast emerging Bollywood Diva Sonam Kapoor is going to have a very busy (yet always expected and pleasant!) schedule in 2011, it seems. Yes, Sonam Kapoor will have back to back movies in 2011. So if you are a big fan of Sonam Kapoor and are longing for long for Sonam Kapoor new latest movies 2011, you would not have to wait for long. Thank You, Sonam Kapoor's new film, against Akshay Kumar, is going to release on 08/04/2011 so it is not very far. The film is a romantic comedy by genre and is directed by Anees Bazmi. Anyway, the coolest thing is, the list of doesn't end here! Here we are giving a list of the films by Sonam Kapoor in 2011. So what more, just sit back and enjoy Sonam Kapoor new Hindi films in 2011.


Learn facts about celebrities you never would have known. Visit our exclusive Bollywood Section!