Hitler Didi, new Hindi serial on Zee TV is one of the latest upcoming new Hindi serials on Zee TV. The plot of Hitler Didi, Hindi serial, revolves around a working lady protagonist, whose struggle to balance the professional and the family lives day in and day out is a very common scenario in India. It is expected by the experts that since the Hitler Didi Hindi serial plot or story revolves around what we ourselves see around us day in and out, the audience will feel a close proximity to the protagonist of the show. The main character in Hitler Didi serial is going to be played by Rati Pandey. Opposite her, it has been rumoured that Sumit Vats has also been approached to play the role of the hero in Hitler Didi Hindi serial. 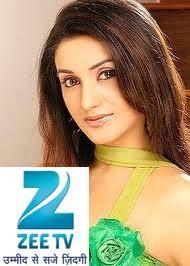 As already mentioned above, Hitler Didi main role will be played by Hindi television artist Rati Pandey. This is not Rati Pandey's first serial, though; she had also played a lead role in the popular Hindi serial Jee Le Yeh Pal. The director of Hitler Didi, new Zee TV serial, is Ila Bedi Dutta. The serial will be produced from Ila Bedi Dutta's proudction house Trilogy Krikoi.

The complete list of Hitler Didi serial cast and crew has not yet been finalised by the production house. However, it has been rumoured that Gargi Sharma will play the character of Mandira, the youngest sibling. Some other important roles in the Hitler Didi serial on Zee TV will be played by Beend Banoongaa Ghodi Chadhunga fame Akanksha Awasthi, and Sheilly Kaushik whom the audience might remember as having played a pivotal role in Sabki Laadli Bebo.

In this article, it is mentioned about the new show which has just emerged in Sony TV in the last week of January 2011. The name of the show is Khotey Sikkey which is brought into action by Yashraj Films. Also, this is the first time when Yashraj films are seen in small screen serials. Hope you will enjoy the show.