After the path breaking success of the last season, Big Boss 5 is going to have some interesting names as the inmates. Nihita Biswas Sobhraj, the wife of the Indo-Vietnamese serial killer Charles Sobhraj, is one of the final contestants of Big Boss 5. Notoriously nicknamed as "the Serpent" and "the Bikini killer" for his deceptive and evasive skills, Charles is said to have been alleged for at least twelve murders. The motif of the serial killings of Charles Sobhraj, the husband of Nihita Biswas, Big Boss 5 participant widely differed from other common serial murderers. It is said that he did not kill to satisfy his impulses of violence; rather, he committed the crimes just because of a quest for attention, and a high level confidence in his own intelligence, cunning and deceptive skills. He actually made to flee to Paris from his imprisonment in India where he lived a life of the utmost luxury, but his overconfidence goaded him to return to Nepal. He was arrested there, and was sentenced to imprisonment for life after a trial in the Supreme Court of Nepal. However, behind the bars too, Charles had been a focus of the media. Several films and documentaries have already been made on Charles, the husband of Nihita Biswas, Big Boss 5 contestant. 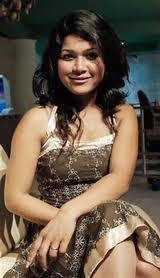 Though not confirmed, it was reported by the media that the marriage of Nihita Biswas to Charles Sobhraj took place on October 9, 2008, on the sacred Nepalese occasion of the Bada Dashami. However, the wedding took place inside the prison premises itself and naturally was not much publicised during to security reasons. Nevertheless, on the very next day, the prison authorities dismissed all rumours of a wedding, reporting that Nihita Biswas and her family only did the sacred tika ceremony like all the other jail birds, and only that much was allowed inside the jail premises. It was a ritual traditionally celebrated by the Nepalese folk in the Dashami festival, when the older people marks the foreheads of their juniors as a symbol of their blessings and wishes. No photo of Nihita Biswas and Charles Sobhraj could reinforce the claims of the either sides.

Nihita Biswas in Big Boss 5 - will it help Charles Sobhraj?

The world will certainly be eager to find out whether the much controversial entry of Nihita Biswas in Big Boss 5 can really help out Charles Sobhraj, who is probably fighting his last legal battle now in the prison of Kathmandu in Nepal. Nihita's entry into the Big Boss 5 will certainly throw the limelight afresh on her, as well as her convicted husband Charles Sobhraj and the mother of Nihita Biswas, Mrs. Shakuntala Thapa, who is also the criminal lawyer of Charles Sobhraj. We will also wait to see if the 23 year old Nihita Biswas can survive the challenging all the 98 days duration of Big Boss season 5, coming on the 2nd of October, 2011, in the Colors TV. Only time can give us the answers; we got to nothing to do but to wait and watch.