Rageshwari Loomba belongs to a family where music is worshipped. She is a multi talented lady and had acted, sang, danced and did several shows and even modelling. Rageshwari came into lime light after acting in a super duper hit movie Aankhen opposite to Chunky Pandey in 1993 at a tender age of 16 years.

Family and Education of Rageshwari Loomba

Rageshwari studied in Auxilium Convent High School, Mumbai and did some modelling even during her childhood. Even doing movies when she was in 10th Ragesgwari passed class 10th with distinction marks. 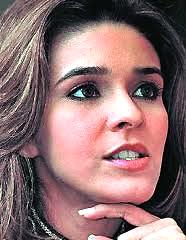 Rageshwari did some modelling assignment when she was a kid, when she was in 10th only she signed her 1st ovie Zid, though her first released movie was David Dhawan,s Aankhen in 1993.

Rageshwari also released her music albums and initially she was not accepted but later made an important place in music industry. Her music albums Duniya and Pyar ka Rang rocked the deck. Song Ye duniya badi nasheeli was super hit.Y2K Saal Do Hazaar was her last album when a tragedy took place in her life.

Rageshwari Loomba also did several live shows with famous singers like Asha Bhole, Gulam Ali and others across the world.

Birth name: Raageshwari Loomba
Nickname of Rageshwari : Paashu and she is also known as Ragz

Rageshwari indicated that she will preach her housemates about love and care and forgiveness. She is not here for any competition or win but to make friends. Certainly Bigg Boss is second inning of Raageshwari after suffering for almost 10 years from facial palsy. Hope her second inning will be more successful than first.

Nihita Biswas came in limelight after marrying bikni killer Charles Shobhraj who is about 44 years elder to her. Now Nihita Biswas is in Bigg Boss house. See biography, profile, her love story and other information of Nihita Biswas contestant of Bigg Boss season 4.