Nihita Biswas the young Nepali bala got the attention of media when she married bikni killer Charles Shobhraj who was in jail in Nepal and is 44 years elder to her. Nihita Biswas is now a contestant of Bigg Boss season 5. 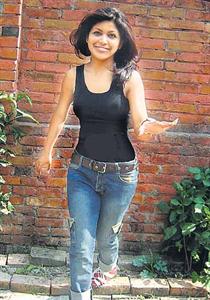