Shradha Sharma is bold and sensational actress and did everything to establish herself in the glamor world. Debut movie of Shradha Sharma was a Kannada movie Jeeva. 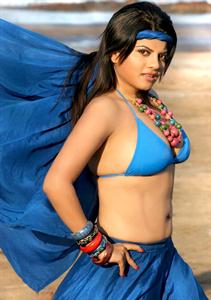 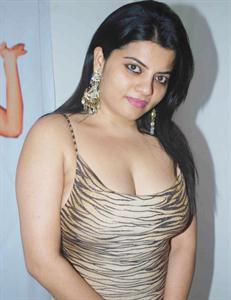 Debut movie of Shradha Sharma was Jeeva, a Kannada movie and after that she estalished herself in South Indian film industry and did some Telugu, Tamil and Kannada movies.

Modelling done by Shradha Sharma are of Dettol, Lizol, Mortein, Easy-of and many more.

Shradha Sharma was attached to Raja Choudhary and her relationship went through all crest and troughs. She also participated in Emotional Atyachar and found Raja Choudhary not loyal and in that show only she abused, accused and scolded him and broke all relationship, but later everything went right.

In Love lock up again both Shradha Sharma and Raja Choudhary had very uneven relationship. It was assumed that all these were for publicity. It was extreme when during a show at Delhi Shradha Sharma was one among the few actresses list for having wardrobe malfunction as her dress fell down during the show. However later she clarified that it was an accident and being a professional actor she continued her performance.

Now Shradha Sharma is in Bigg Boss season 5 and there is plenty of scope for getting publicity through this show, earlier we have seen Raja Choudhary how he behaved in the show and now it is turn of Shradha Sharma. It is expected that her presence will add lots of spices, exposure and well as bitching, fighting and many more stunts to come in lime light.

Get Shradha Sharma's Autograph Merchandise only on @Dial A Celeb Application
Not only this, get to know her in a Video Chat. Also, wish your Loved ones through "Shradha Sharma".