Karisma Kotak also endorsed products like Dove shampoo and other commercials in India. 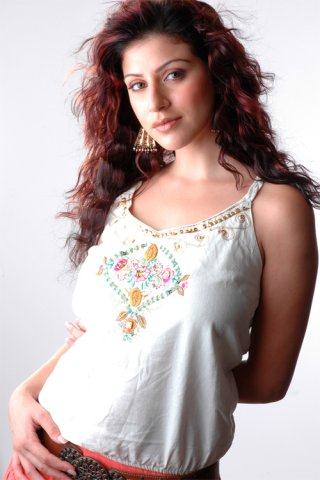 Education of Karisma Kotak - Bachelor of Arts degree in advertising and marketing.

Modelling asignments, movies and other works done by Karisma Kotak

She has been modelling from the age of sixteen and has been successful in print media as well as electronic media. Karisma Kotaak featured in several magazines, few of those are - Maxim, FHM, Marie Claire, L'officiel, Seventeen, Brides Now, Hello and Cineblitz. She was a cover girl in some prestigious magazines like New Woman, Beauty and Style, and A glow.

She endorsed Dove shampoo, and also worked as model for designers Ralph Lauren and FCUK both famous brand of garments.

In October 2005 she participated in Lakme Fashion week in Delhi. She also acted in a movie Shankardada Zindabad released in 2007 which was a Telegu remake of Lage raho Munnabhai. Her first bollywood movie was Seasons greetings but was unable to make any impct in her acting career.

Glamor has been a major TRP puller for the reality show Bigg Boss and Karisma Kotak will certainly do justice for her selection and will add the glamor and oomph to the show. However she will have to compete with Sana Khan along with TV actress Sayantani Ghosh and Aska Goradia another and it all depends on audience who among these glamor girl make an impact and justify themselves in Bigg Boss house.

Vrajesh Hirjee with his comic timing had compelled us to laugh in his small roles in various movies and TV shows, now he is in Bigg Boss house in season 6. See details about profile and some interesting information, filmography and his expected activities in Bigg Boss house.

Vishal Karwal the dashing television actor got fame during MTV Roadies and Splitsvilla and was approached several times earlier for Bigg Boss but he refused giving priority to a TV serial. See details about Vishal Karwal and his entry as wild card contestant in Bigg Boss season 6.