The gorgeous actress of South Indian cinema had done movies in Tamil, Telegu, Kannada as well as Malyalam, but Nikita Thukral got her due fame mostly in Kannada movies. She started her career with Telegu movie Hai in 2002 and in 11 years she acted in almost 30 movies.

Nikita Thukral became the heartthrob of South Indian audience after her item number "Kodana Kodi" in Tamil film Saroja. Hse was also in limelight for having an illicit relationship with actor Darshan and was banned from Kannada movies. Nikita Thukral is not very well versed with any South Indian language as she belongs to Punjab but she won millions of heart in Karnataka with her attractive performance in movies.

Address of Nikita Thukral - She is from Punjab, but earlier was residing at Mumbai but shifted to Bangalore after success in Kannada movies. 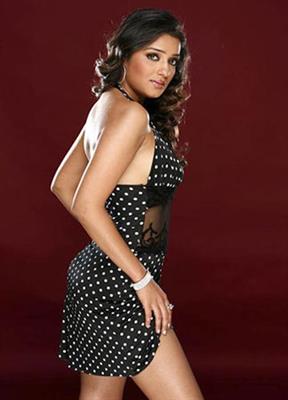 Nikita Thukral, love story, dating partner or boyfriend and controversies - Nikita Thukral is at present single but she came limelight when she was alleged of having illicit relation with actor Darshan and on complaints of Darshan's wife she was banned from Kannada movies by Kannada Film Producers' Association (KFPA) for 3 years wef 10th September 2011 which was later revoked.

Nikita Thukral family - Nikita Thukral belongs to Punjabi family but her father was in Mumbai and she did MA from Kishinchand Chellaram College, Mumbai University in Economics. 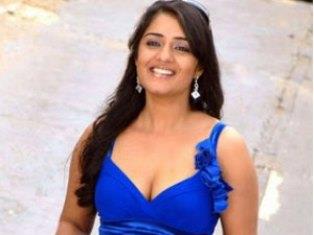 She got into this glamour world by chance when she was spotted by producer D. Ramanaidu at a hotel in Juhu. He offered her a role in his upcoming film Hai (2002), Nikita grabbed the opportunity and her journey in film industry began. Till date she acted in 35 movies and 2 movies are in floor. The complete list is as follow -

Nikita Thukral Kannada movies list - Her first Kannada movie was Maharaja in 2005 after that she did Nee Tata Naa Birla, Vamshi in 2008, Rajkumari, Dubai Babu, Yodha in 2009, Naariya Seere Kadda in 2010, Gun, Hanebareha, Prince in 2011, Snehitaru (spl appearance in a song), Kranthiveera Sangolli Rayanna in 2012. She acted in 12 Kannada movies.

Nikita Thukral Tamil movies list
In 2003 her first Tamil movie Kurumbu was released, after that Chatrapathi in 2004, Vetrivel Sakthivel in 2005, Saroja in 2008 for which she got ITFA Best Supporting Actress Award and her item song in that movie was superhit. Muran in 2011 and Alex Pandian in 2013. Total 6 Tamil movies.

Upcoming movies of Nikita Thukral are Apartment in Telegu, Cottonpet and Priyasakha i Kannada.

Nikita Thukral had added oomph in Kannada Bigg Boss, going in the Bigg Boss house with an aim to clarify her controversies, she has been the audience choice in the house.

Ragini Dwivedi is a cine Actress and a Model from Karnataka. In this article, there is a brief information that is gathered about Ragini Dwivedi's Life History, First Film, Film Career History and Filmography.

Being in limelight with her glamorous outfits and bold nature Anushree the TV anchor who has been hosting Comedy and game shows is another hot contestant of Kannada version of Bigg Boss 2013. Here is the detail biography and other personal information and work done by Anushree.

In this article, I am going to give you comprehensive information about one of the famous actress and Singer from Karnataka , Bangalore namely, Vasundara Das.