Suhasi Dhami appeared in many TV serials and even shows like Comedy Circus and got real fame after featuring as Swarn Abha in TV serial Yahan Main Ghar Ghar Kheli. She did several serials later and her latest TV serial is Housewife Hai Sab Jaanti Hai on Zee TV in which she is playing role of Sona.

Biodata and personal information of model and actress Suhasi Dhami 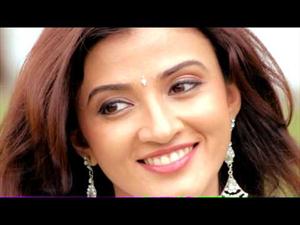 Suhasi Dhami family - She is the youngest sibling of her parents and so is pampered one. Dhrasti Dhami actress of TV serial Madhubala is her sister in law.

Filmograghy of Suhasi Dhami
Vaade Kaveli in Telegu
Haage Summane in Kannada. same was dubbed in Telegu as Manasu Pilichindi.
She also appeared in music album Humsafer of singer KK.

Suhasi Dhami and her spouse/husband in Nach Baliye season 5

Ten years of relationship will definitely add the flavor when this couple will be on dance floor at Nach Baliye. Both came closer while learning Salsa dance and now they will show their skill and chemistry in this show.

Charlie Chauhan is bold and beautiful and known for her carefree nature and her flamboyant. She is an established television actress and dancer Kumwar Amar of Dil dosti dance fame. They both are celebrity pair as contestant in dance reality show Nach baliye 5. See details about Charlie, her boyfriend and her TV serials and shows.

If you are interested to know about Bulgarian model Elena Boeva, of TV actor Kushal Tondon, here you can see detail biography, personal information, biodata and love story of Elena Boeva, contestant of Nach baliye season 5.

Gorgeous Nisha Rawal is well known face on TV as she has appeared in many ads, TV shows and even movies and is now married to TV actor Karan Mehra. See details about personal life, love story, marriage and as contestant of Nach Baliye season 5.

Remember Shefali Zariwala, a girl created sensation with her album Kaanta Laga. Later rumor for her death, then marriage and divorce came in news. Here is details about her personal information, marriage, divorce , boyfriend, albums and future .