Vijayakanth and Jayalalitha Joining together to defeat DMK 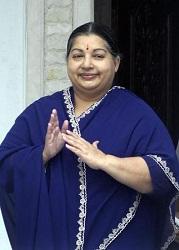 Now in today's politics the main aim of all the political parties is to defeat the DMK and push them out of this election. The reason is because of the scam done by Kalaignar and his family members. In this criteria all the other political parties are joining each other to defeat DMK in this election. Already DMK had created a great empire in Tamilnadu. People know about the DMK government and their activities but they are not in the right position to make any decisions whether to choose DMK for next election and to vote for the DMK government. The DMK party has already made several steps to win this particular election with the support of the Congress. Congress is giving hand to the DMK government in Tamilnadu state Elections 2011. DMK thinks that they can get back to the ruling with the support of Congress party. But the people know the truth and about the DMK government so they will not vote to the DMK party this time. 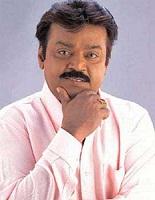 Though all of us are concern in State politics our life and improvement of people lies on the govt of India for maximum level.This means that the state govt also should be our concern.But politics for us only about our state because it is at our reach physically.
We should not separate state from central as they are joining hands to suppress or uphold us. So our present position is because of cong and DMK .Cong is allowing Dmk because it has its share in all scams.Without Manmohan's silent approval Kalaignar/Raja can loot our nation.So cong and DMk should be slapped for corruption by the people. As they are in present govt they shoud be responsible for price rise ,unemployment ,cost of education,unhealthy health depts etc.So they should be jointly defeated.For that we have to vote for ADMK and its allies.
But we should be very conscious that ADMK itself was/is ready to align with cong if DMK and cong are separated from one another.So its intention is not purity but wants itself to loot jointly with cong.Again her prior record was not good .

DMDK by Captain is also raising against DMK .For first time it has come forward to fight jointly with others .It is a well development.He has realised that any pure party can not reach its goal by its own strength .So it is unavoidable to share seats by seat adjustment with other parties. This election is voting on the present govt.So we should vote for this govt negatively.
At the same time we have to resolve that if coming govt headed by JJ goes wrong ,we should raise our voice also against it