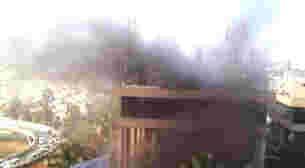 Kannada Superstar Mr. Vishnu Vardhan(59) is no more with us. He died with heart attack at a hospital today (Dec 29). He is one of the leading star for the Kannada Film Industry with many hits films under his name.

The last movie which is going to be released in late Jan 2010 Apatha Raksha is a sequel for one of his block buster Apatha mitra.

Vishnivardhan is most popularly in the Kannada film industry due to it verstaile style of acting talents. He has played all kinds of roles from romantic, action, emotional, music, comedy or a family dramas have been widely popular in Kannada.

Most of Vishnu Vardhan has created history in Kannada Film history and also brought a trend in industry.

Dr. Vishnuvardhan was born on 18th September 1950 in Mysore. Dr Vishnuvardhan father is well known script and has a good collection of Music. He learnt everything from his father.

Dr. Vishnuvardhan got married to Kannada actress Bharati on 27 February 1975 and has two daughters. Keerthi and Chandana.

Dr Vishnuvardhan began his film career with a movie which won National Award and directed by Girish Karnad called Vamshavruksha. As a lead hero it was Nagarahaavu directed by Puttanna Kanagal.

Dr Vishnuvardhan has ruled the Kannada Film industry for more 30 years with 198+ films and different roles under his cap.

Some of his all-time hits are