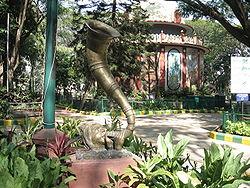 About Bugle Rock in Bengaluru

Most of the rocks on the bugle rock are having hollows in side them which were once used to light lamps. The Bugle rock has spread over an area of 16 acres. 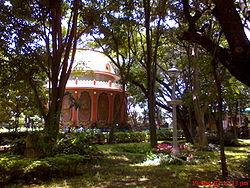 A small park with waterfalls and fountains was developed near the Bugle rock.
This garden is frequently visited by children, families and the elderly people of Bengaluru city. There are three temples in the park. This park was developed by Horticulture dept. of Karnataka. Nearly 1000 visitors visit this park every day. An amphitheater is also built in this park with a capacity of 300 people. We can see the Dodda Basavana Gudi and a Ganesha temple within the limits of the park. According to the inscription in the Basavana gudi temple, a spring beneath the Nandi is the source of the Vrishabhavathi river which is flowing to the west of Bengaluru city.

There are city buses from Majestic bus station, Jayanagar and shivaji nagar to the Bugle rock park.