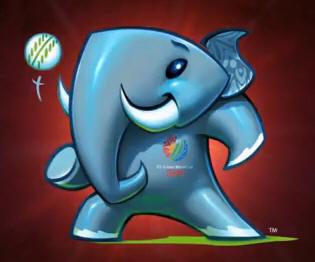 This event will hosted by Asia Countries which will include India, Sri Lanka, Bangladesh comprising of 49 matches. We will need to wait and watch for the Pakistan cricket team and if any of the matches will be held there.

ICC World Cup 2011 will start on 19th Feb and closing ceremony will be on 2nd April 2011. This world cup there are 14 teams with 42 matches to be played between them and divided in Two groups.(Group A and B).

The Teams are divided into two Groups A and B. Will Play against each other with a total of 42 matches. The top 2 teams from each group will move on Semi-final and the respective winner will play finals on 2nd April 2011.

The Team participating in ICC World Cup 2011 are:

The team are divided into Groups:

The Match Schedule for the ICC Cricket World Cup 2011

The ICC has announced the schedule for the 2011 World Cup of Cricket. This tournament will be played in the Indian sub-continent, with India, Sri Lanka and Bangladesh as the hosts.