Akola is city in eastern part of Maharashtra (vidarvha). Akola is approximately 600 Km from main city on Maharashtra i.e. Mumbai. Marathi is the first spoken language in Akola. Akola district is surrounded by the Buldhana, Washim and Amaravati districts.

Akola has been very different emperors and culture in its past. It has been part of Asoka Empire then Yadav dynasty etc. After that in 14 th century its ruled by Muslims and subsequently the Nizam shahi and Mughal Empire. After that most significant event happened in history of Akola, Chhatrapati Shivaji Mahararaj conquered Akola region (also called as Berar Province) in era of 1647 – 1760. Lately Akola district (Berar Province) then conquered by East India Company by defeating Baji Rao 2.

Akola is at approximately 925 ft above sea level. Climate is mainly tropical. Observed temperature rang is around 48 C to 10 C. As it is tropical region, Summer time is very hot and normal day also very hot But nights are generally cold. It enjoys the Monsoon in June and September. Maximum temperature has been recorded as 42.1 C and lowest as 13.2 C. 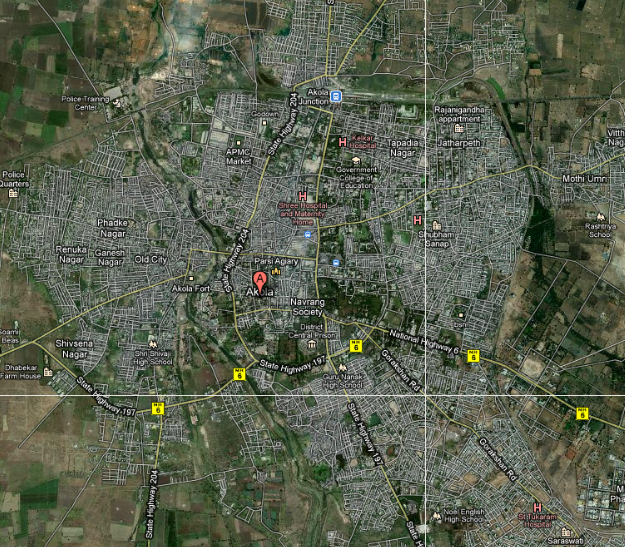 Purna, is actually a main river in this area , Other as given are its sub parts i.e Uma, Katepurna, Shahanur, Morna, Mann, Aas and Vaan
Google Map for Akola, Maharashtra, India 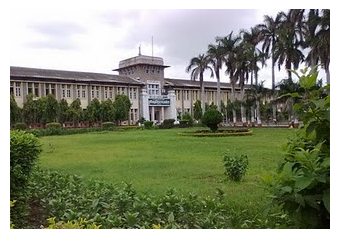 Akola satellite map can be found maps.google.com
Go to this site and search for "Akola, Maharashtra" , it will show you the Road map and Satellite terrain map of Akola. You can find the political map at Mapsindia.com , there you can see only important name of towns and villages, Rails and road maps etc.

: Akola is important junction is long journey mainly outside route of northern Maharashtra. Akola railway Time Table is available on Liveakola.com and railwayreservation.net with details.