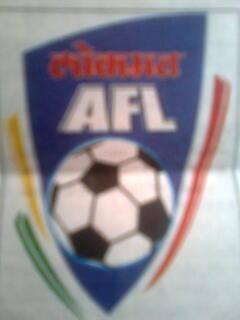 Eknath Jadhav's Hi-tech Expendables are excited to impress one and all throughout the AMP Infra Pvt. Ltd. Presents Lokmat Samachar's AFL, which is mega event beginning from April3 in Aurangabad. Abhishek Jadav is Icon player of Hi-tech Expendables and is to be expected to lead the team. He is a good forward and a fortune of energy. Abhishek has played in more than a few tournaments and will get another chance to not only prove his worth but justify his team franchisee's faith.

Both Mohsin Khan Shahab Khan and Shaikh Iftequar Sahaikh Janimiyan get opportunity to wear the gloves. Mohsin Khan has experience of goalkeeping in several state as well as national level tournaments. Keeping this in mind, Hi-tech Expendables may agree to Mohsin to play the 'all-important role'. IT, will, no hesitation, be a tough task for the team, considering the fact that sheikh Iftequar had also done well while on behalf of the Police Team. Team has six players which will play on their half lines. In Mohd. Rafia Mohd. Abdul Rahim, they have experienced footballer, who has played in several state-level tournaments.

Hi-tech Expendables also give the impression of being to Abdo Elmoez to deliver the goods. Tall and gangly Abdo Elmoez has the experience of playing in tournaments held in Mumbai, New Delhi and other places where there is a fierce competition. Another talented player in half line is Syed Naeemuddin. He is a very good athlete who meets and could be single on the player to watch at the time of forthcoming tournament. There additional players- Syed Rehanuddin Syed Saleemuddin Ali Habib Ali and Satish Kolte- complete the team's half-line.

Khaled Ali, who was lapped up for 201 points for the duration of the auction, has fared well in the estate-level tournaments and is expected to come good in the AFL as well. Defense of Hi-tech Expendables is also extremely strong with SK.Naser Sk. Wazir, Sk. Kaleem Sk. Yusuf, Sk.Abdullah Sk. Yunus, Syed Fayyasuddin Syed Shammiuddin and Sk. Feroz Sk. Khaja all able of giving a tough time to the opposition.

Nilesh Phatke who is experienced forward other forward is Icon player Abhishek Jadhav. Now Hi-tech will struggle to rope in an outstation player to make stronger their forward line. Syed Saleemuddin who is the manager of HI-tech Expendables is secure of his players putting up a superb display during Aurangabad Football League mega event. Senior officials of team told that their defense and half are very strong. They are trying to get players from outside Aurangabad to put in more teeth to the forward line.

Shaikh Bahar, who is coach of Hi-tech Expendables, who is one of the most excellent footballers of the city, has ever produced, is also optimistic about his team's chances of winning. He also supposed that they have a mixture of youth and experience and he is sure the boys would justify the teams' faith.