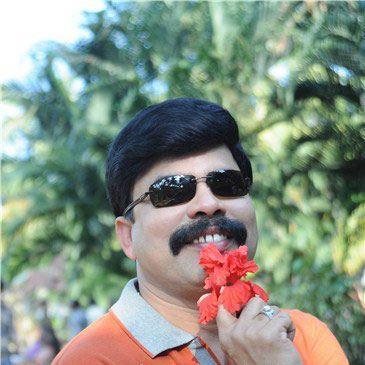 Powerstar is the name which is very popular recently in Tamil film Industry. Powerstar srinivasan is a kollywood Actor, Producer and Director. He acted and produced Lathika in the year of 2011.

Powerstar Srinivasan has many fans in Tamil Nadu and most among them never seen his film once. Many colleges invited him for their cultural events as a Guest. Because of his popularity among youngsters he got a chance in
'Kanna Lattu Thinna Asaiya' movie which was released recently and overtook AlexPandiyan and Samar in terms of Box office collection.

Powerstar is performing an important role in Shankar's "I" in which Vikram is doing lead role.

Powerstar is acting in Bala's Paradesi too.

"Ya Ya" is another movie acted by Powerstar in which Santhanam and mirchi Shiva is doing lead role.

This resource gives you the list of online websites of tamil actors and actress. You can get to know about the various films released, upcoming films and their personal information in these websites. Read the article below for more updates on Tamil Actors and Actress online websites.