Yennai Arindhaal is an upcoming movie of Ajith and the director of the movie is Gautham Menon. 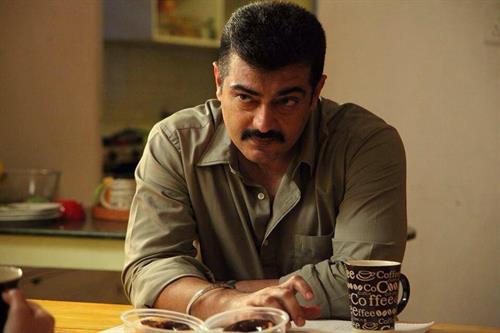 Music of Yennai Arindhaal is compsed by Harris Jayaraj. Totaly seven songs are available in this film. Lyrics of all the songs except one is written by Thamarai and Vignesh Shivan penned for one song.
Sony Music purchased the Audio rights for Yennai Arindhaal. Sony Music released the audio on 1st Jan'2015 @ 12AM. Songs received positive reviews and topped the iTunes Indian albums chart within few hours. Gautham Menon, Harris and Thamarai combination seems worked well like their previuos movies.

Jaya TV got the satellite rights of Yennai Arindhaal. Initaly it was planned to release on Dec'14. Later it was decided for Pongal (15th Jan'15). But again release date of Yennai Arindhaal is postponed to 29th Dec'15 since post production work yet to be completed.