Sonali Majumdar at the tender age of 7 years amazed entire India when she performed in the finals with her partner Maraju Sumanth of 13 years of age in the finals of India's Got Talent and in support got plenty of votes to make them winners of the title. Both had added another feather of achievement to their Salsa dance institute Bivash Academy of Dance, Kolkata. A famous dance institute for Salsa who had produced several celebrities.

Now both are the celebrities and will be performing their dance numbers in another dance reality show Jhalak Dikhlaa Jaa competing with several other celebrities of TV industries and other fields. Continuing the trend of picking a pair of kids for the dance show like Darsheel last year, this year Sonali Sumnath duo will rock Jhalak Dikhla Jaa and no wonder they can again amaze the world by their dance numbers especially Salsa.

Age of Sonali Majumdar - She is merely 7 years old and studies in class II.

Address of Sonali Majumdar - She is originally from a small village Bonga at Indo Bangladesh border, but seeing dancing skill her parents shifted to Kolkata to provide her proper training.

Sonali Majumdar family - Father of Sonali Majumder is from village Bonga and now works in Kolkata and her mother is a housewife. Motto of Sonali's parents is just to nourish her dancing skill and to provide her ample opportunity to get name and fame for her talent. 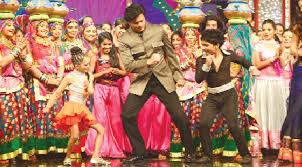 Age of Maraju Sumanth - He is 13 years old and studies in class VIII.

Address of Maraju Sumanth - Maraju Sumanth is originally from Orissa but at present residing at Kolkata and taking dance training by Bivash Chowdhury at Bivash Academy of Dance, Kolkata.

Both kids won India's Got talent award beating defeating singer Deepraj from Gangtok and Jharkhand-based trapeze artistes Mukesh and Tanya. They got the prize from none other than Shahrukh Khan. Both had performed in some shows andwith the prize money of 50 lakhs both are perusing advanced dancing training.

In season 6 of Jhalak Dikhla Ja which is going to start from 1st June both are the contestants along with other celebrities like singer Shaan, Dhrasti Dhami, Arti Chabaria etc, but it will be a joy to watch small wonders of Kolkata to perform at that level and will certainly win hearts of millions of audience not only of Bengal but from whole India.