Kais Kalim popular as KK is runs a fitness institute and by profession is a fitness trainer and had worked with many celebrities helping them to maintain their shape and figure. Kais Kalim also tried in acting and had done few movies and also acted on silver screen and is now a popular face of Howrah district of West Bengal.

Biodata and personal information of model and actress Kais Kalim

Kais Kalim is a hardcore Bengali and was born and brought up at Howrah and at present he is a popular face of Tollywood as well as Bengali TV shows and now a contestant of Bangla Bigg Boss season 1.
Age of Kais Kalim - 29 years, birthday of Iris Maity is in year, 1984.

Address of Kais Kalim - Originally he is a Bengali and lives in Howrah, West Bengal.

Kais Kalim , love story, dating partner or girlfriend – Kais Kalim is a lover boy and had nothing less than 10 affairs in the past as he revealed in front of Mithun Chakroborty while entering into Bigg Boss house. Every time he feels not to fall in love but fail to stick to his resolutions. 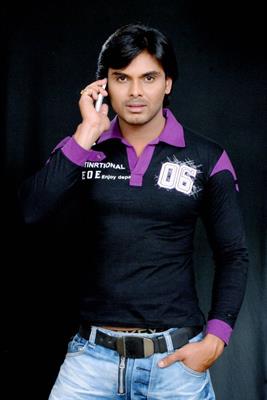 Bigg Boss being a life time experience of having locked for 90 days with different people without any connection to outer world had appealed him so much that he immediately agreed to participate in this show. In Bigg Boss house he will be utilizing gym and will certainly give some fitness tips to other participants, however it will be interesting to see if people at Bigg Boss house are really interested in fitness or more interested in PMPC.

Dev is a well-known Tollywood actor whose debut hit was the Bengali movie “I Love You” directed eminent director Ravi Kinnagi. During the last few years he has given Tollywood some great superhit blockbuster movies directed by some well-known directors. He has a very charming look and youngsters are very much attracted by his look, acting style and sweet behavior. Read this full article to get some more details of this famous actor of Tollywood.

Chiranjeet is a well known name in Bengali Film Industry. He is one of the most successful tollywood actor and director of 1980's and 1990's. Recently he has come to lime light again as he has won the MLA seat contesting from Barasat as a Trinamul candidate.

Arjun chakraborty or popularly known as Gora has quite become a heart throb in the city of Kolkata. Starting from orkut to facebook new communities have opened in his name. The serial Gaaner Opare has made him famous overnight so heres providing some more information about Gora of Gaaner Opare.

Hello Great Guy this article is really good. You provided all the information about Kais Kalim, the participate of Big Boss-1. There is a silly spelling mistake on this article, that is - ''Address of Kais Kalim - Originally (she) is a Bengali and lives in Howrah, West Bengal.'' I think the pronoun must be 'He'. Please correction it.