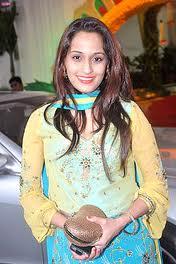 Shweta Pandit has been a famous professional playback singer in India, Also She is a lyricist/ song writer. Shweta is also an actor and performer in Tamil and Telugu songs. Shweta says that she worked with the great legend of Indian Cinema Ilayaraja in the movie called Anjali which was an award winning movie. Also this movie was also recorded in Hindi and Shweta dubbed in Hindi. Shweta was born in Mumbai, India. This Shweta completed her schooling in Utpal Shangavi School and also completed her college at Mithibi College. Her ancestors were musicians in which she has been the fourth generation. Forefather of Shweta was a legend in Hindustani and classical. Her great grandparents have sung in the movies for Shammi Kapoor, Rajesh Kanna, Kishore Kumar and much more. The elder brother of Sweta was Yash Pandit. Shweta was younger at home. Her elder sister is Shrada Pandit. Her elder sister is also a playback singer. Shrada Pandit was also the music composer of the movie hiss. Her sister also has sung in many movies for various actors since childhood.

At the age of 12 in the year 2000, Shweta had a biggest hit in the cine industry who sang in the movie Mohabatin. Shweta had also sang five songs in this movie which had been directed by the famous director Chopra. She has sung in Neal n Nikki from the direction of Aditya Chopra. She has sung in Yamla pagla Deewana in the movie of Darmendra. She has sung in Kabhi Alvida Na Kehna which is Karan Johar's movie. Shweta pandit is presently a great singer in the Telugu industry in Hyderabad. Sweta when she was just 16 had the chance of getting the Virgin records. The album was consisting of the Main Zindagi Hoon. This musical stuff had the singer in all the three songs containing Shweta. Her another greatest hit album was aplam chaplam which had the great actor salman khan in the video. Shweta also had done many other album in multi languages. Since her background was strong in the classical, Hindustani and western songs, she had been popular at a very young age.

Shweta Pandit had sung in many mind blowing advertisement jingles and in TV commercials. Shweta had also done many interesting live shows and also she has performed in Indian and Western languages mostly. At the age of 11, Shweta has performed her great mind boggling show in the Children's Live show. This show was performed in the the greatest place of the world which was called as the wembly Arena in London. In the year of 2012, Shweta sang her first song in Tamil in a movie called Vettai. In this movie, Shweta sang in Yuvan Shankar Raja's music. In the year 2011, Shweta had sung with the famous Punjabi singer for the song popularly called as Sun Mere Chann Mahiya for the album Heer Ranja. Shweta had also sung in many popular interesting movies of Punjabi songs. Shweta has participated in a TV Show Sa Re Ga Ma Pa in the year 1996 in the children show. In the year 2008,her first reality show on the channel 9x as a playback singer. This show was judged by the Oscar award winner the musical legend AR Rahman. This show was the greatest popular TV shows at that time.

Shweta Pandit is performing in the world tour with the Oscar award winner AR Rahman and she is travelling throughout the world including Australia, United States, United Kingdom, Asia and India. Shweta was the part of the Oscar winning song Jai Ho. She had performed the Track of JAI HO song from the movie Slum dog Millionaire. She had performed this in the most prestigious show of the Nobel Peace Price Concert in the country of Norway. Shweta had also appeared in the Coke advertisement in the year 2009 with the cricketer Gautam Gambhir. She was also appeared in the Magazine in the year 2008.

Shweta had won the most honorable Filmfare Award for the best playback singer in Telugu. This ward is the most privileged award in south indie. Shweta got this award for the movie Kotha Bangaru Lokam for the song Nenai Neevani in the year of 2009. Shweta was also nominated for the Stardust Awards in the year 2005 for the 'Best Musical Sensation' for her song in the Aetbar. The upcoming movie Billa 2 has her beautiful voice in its album. Shweta apart from singing also involves in song writings and won awards for her multi talents.