Trains are the most interesting mode of transport in India. There are many interesting information available about trains. This regional railway museum provides excellent details about various things that we might not know about trains. To know more about the history of Chennai Trains Regional Railway Museum in Chennai will be the best place. This Regional Railway Museum is situated in New Avadi Road in Chennai which is nearly 10 km long and this is also one of the five regional museums present in India. There are many visitors and Railway interested people for this interesting place. The students from various schools are also brought to this place to provide them knowledge about the history and existence of trains in Chennai. This concept of Regional Railway Museum in Chennai was initiated and inaugurated in the year 2002. The credit of inaugurating this wonderful place goes to the Railway minister Nitish Kumar in the year 2002. 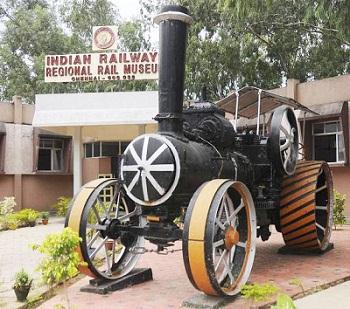 About Regional Railway Museum in Chennai

To know more about the Trains and Railway department in Chennai Regional Railway Museum in Chennai will be the best place the get all the information that we need. There are lots of things to observe from this place. There will be a display present in the place which compares past, present and future trains as well. The museum also provides many historical information about trains in Chennai. During the British rule in India the trains were managed in an excellent manner not only in Chennai but also all over India. Not only in olden days but even now trains are the best and cheap commute for the people of Chennai. In order to get and entry ticket to the museum you will have to enter through a train coach. There will be a road after that which takes you to the first room. The Regional Railway Museum contains various models and description of coaches from olden days and modern. There will also be descriptions on various types of trains, tracks etc with valuable historical data.

The exhibits in Regional Railway Museum also have some demonstrations on how the signaling system was clearly operated in olden days. In today's world we have highly automated version of signaling system but in olden days steel balls were used for connecting and sending messages to the stations about the exit and entry of the trains in the stations. The concept of throwing a ball during the entry by the guard of the train and the motor man picking up the ball to unlock the station signal from no other train entering the station were followed in the olden days. In some stations like Ooty such signaling is still followed.

Growth and advancements in trains in Chennai 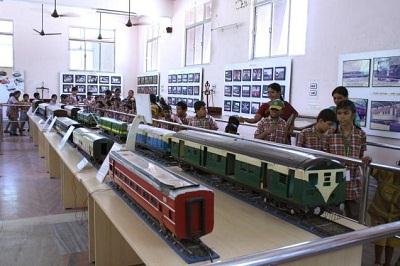 It is very interesting to know that the earliest railway coach was made up of open wooden box rectangular in size and it had wheels fixed to it and also benches for the passengers to sit and travel. The seat types were just wooden blocks without any back rest. The most interesting part is that people had to sit in open top to see the sun. This type of trains also gave good breeze to the passengers during travel. The wooden coaches were connected to each other with the help of couplers. Whenever the train is started or accelerated and during the time of brakes, the trains give a big shake and jolts for the passengers. When there were new inventions the models of trains were changed. When you cross the old models you will notice the change that has happened gradually. There is also a train placed for display where Gandhi Ji travelled. We can also see how the trains were differentiated by various classes like First Class, Second Class and Third Class. The first class coaches apparently had little luxury compared to the other class coaches.

After this there were lots of changes to the trains in Chennai where people got option to travel for cheap prices. This was because of the "Cheap Trains Act" of 1844 which was passed in Britain. This created an impact on the trains in Chennai as well. The train coaches were built in such a way to allow windows for outside view, wind protection, rain protect and also admission of air and light. The trains were also designed in such a way to protect the passengers from cold during the winter season. Apart from these sophistications, there were also lamps provided inside the trains for making it more convenient during the night travel. Along with that the enhancements were also provided to the trains by providing seats with back rest facility. As a part of these enhancements the railway coaches that we have today are equipped with closed roofs and doors for getting out and inside the trains. Apart from that the trains have also gained more speed compared to the trains in olden days. These concepts of new inventions have also brought in creation of trains with berth facilities and individual coaches.