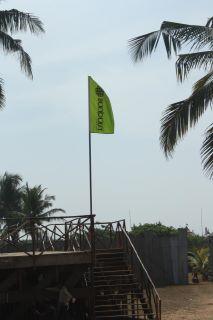 The festival is held for three days and is organised by Percept pictures and famous Indian VJ, Nikhil Chinapa. Various artists play non stop in this music extravagenza and music lovers are in a treat for the said days. This year many Bollywood hot shots including Akshay Kumar,Twinkle Khanna, Arjun Rampal,Ameesha Patel, Priyanka Chopra and Ranbir Kapoor are set to perform in the said function.