The Third Eye Asian Fest Mumbai organized by the Asian Film Foundation in connection with P. L. Deshpande Maharashtra Kala Academy and supported by Maharashtra state government will be held from 22 December 2011- 29 December 2011. The 10th third eye Asian film fest celebrates the golden jubilee of Film and Television Institute of India(FTII) Pune. As part of this celebration, a film each of the FTII's six alumni named Shaji Karun, Adoor Gopalakrishnan, Vikas Desai, Girish Kasaravalli, Ketan Mehta and Jahnu Barua will be screened. As most people are aware of the fact that those people have made our country proud of their work. No doubt, this will be a honor for all of them, especially Pune FTII. Apart from this, the Third Eye Asian Fest that will be starting in Mumbai on 22 December 2011 is also having some special features. I know most of you are in a hurry to know the details of this third eye Asian fest. So without wasting your time, go through the below points. 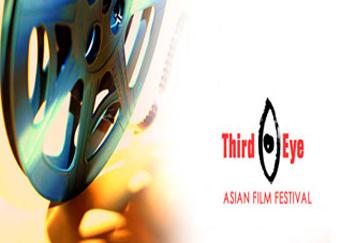 People all over the world are familiar with the name Rabindranath Tagore, the famous Nobel laureate. The 10th Third Eye Asian Film Festival will be giving homage to Rabindranath Tagore on his 150th birth anniversary. As a part of this, 7 Bengali films made on published stories of Rabindranth Tagore by directors like Rituparno Ghosh(nauka dubi and choker bali), Satyajit Ray(teen kanya and charulata) and Tapan Sinha(Atithi, kabuliwala and kshudito pashan) will be screened.