V.V.S Laxman, also known as Vangipurapu Venkata Sai Laxman, the former cricketer from Hyderbad in Andhra Pradesh state, India is now likely to begin the new innings as television commentator. He will be doing this new role in the upcoming Australian series to be played in India by December 2012. Anyway this is a great news for his cricket fans. Not only the people in India but the whole world has been seeing the magic of Laxman in cricket ground. 2012 was a great year for V.V.S. Laxman, who had done his great efforts to bring India to the top of the cricket world. Laxman, who announced his retirement 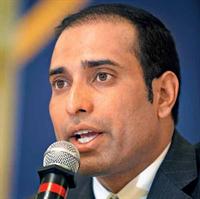 from International cricket on 18 August 2012, was chosen as the Hyderabad captain for 2012-2013 Ranji Trophy. So far he had won several awards like Arjuna award, Padma shri and Wisden Cricketer of the year 2002. This is not the first time former indian cricketers are taking the role of TV commentators. If you are a cricket fan, I guess you might have already enjoyed the anecdotes made by Sourav Ganguly, Rahul Dravid, Ravi Sastri etc. In the cricket ground, former cricketers have even appreciated the style of Laxman with thrill and hope. Without doubt we can say that Laxman will be a big hot in the commentary box as well. The upcoming India vs Australia series will be an exciting experience not only for the cricket fans but also for Laxman as Aussie leg spinner Shane Warne will also be in the commentary box.

One of the finest human beings to have played cricket, Laxman was born on1 November 1974 to Dr Santaram and Dr Satyabhama. Eventhough he was enrolled as a medical student to follow the path of this parents, he opted for cricket career. His initial performance as a tv commentator in the upcoming Australia- India series will be a memorable moment for not only Indians but also for the Australians as they were the persons who once admitted that they donot know where to bowl to him. In February 1994, he made his under-19 debut for India against Australia. Most of his test records against Australia is nowadays the most celebrated tales of Indian cricket. When compared to other cricket teams, Laxman was always in a good form against Australia. An exceptional cricketer who excelled in pressure situations, we all are eagerly waiting to see his new form. He had played 29 matches against Australia and had scored 2434 runs with a highest one of 281. His brilliant performance had won him man of the match awards(tests) in the seasons 2000/01, 2008 against Australia. But in DD1 cricket series against Australia, he played 21 matches and scored 739 runs. Here also he won the man of the match award(OD1s) in 2004 against Australia. His innings of 281 against Australia is ranked sixth in wisdens list of 100 great test innings. A person with an outstanding career in cricket will now be in a new career. A person with inspiration for all the cricketers, he will surely inspire the viewers also. Meanwhile you can send best wishes to V.V.S Laxman on his new role in the facebook profile mentioned below.
V.V.S.Laxman on facebook: http://www.facebook.com/pages/VVS-Laxman/19998923923