Mahek Chahal was born as Priti Chahal in Norway is a Norwegian model of Punjabi Sikh origin, turned Bollywood actress with her debut movie Nayee Padosan is one of the fourteen Bigg Boss Season 5 Contestants. She has done an item song 'Main Saath Samundar' in movie Chameli which fetched her great fame. News reports says that inclusion of Mahek in Bigg Boss 5 is through Salman Khan and more over Mahek Chahal wiki biography reveals that she was recommended to the producer of 'Main Aur Mrs. Khanna' by Salman Khan. Check out for further personal details of Mehek Chehal in this Mehak Chahal Profile. 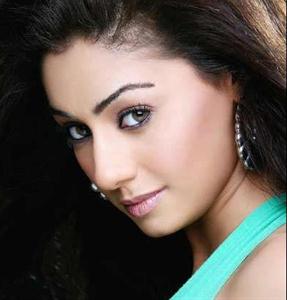 Due to privacy and security reasons Mahek Chahal mobil no and phone no cannot be displayed. But here is Mahek Chahal facebook profile - http://www.facebook.com/pages/Mahek-chahal/156002234431982 through which you can contact her.

Mehek Chahal was considered for a role in Hindi Movie Ajnabee but she missed out as she is not fluent in Hindi. But she got a break in bollywood industry with the film Nayee Padosan from which her name was constantly linked with Salman Khan. She did a sizzling performance in an item song in 'Chameli' and her performance in the song 'Chamki Jawani' from 'Yamla Pagla Deewana' which claimed fame to her. She also played roles along with Salman Khan in movies 'Wanted' and 'Main aur Mrs Khanna'. She has also done a Punjabi film 'Dil Apna Punjabi'. Mehek Chahal music videos includes 'Sun Ni Kuri' and 'Assi Ki Kariye'.

Bigg Boss Season 5 is spiced up with more glamour with the entry of this beautiful Punjabi girl Mahek Chahel. Sources says that Salman Khan helped Mahek Chahel to enter this big reality show of Bigg Boss 5. If you are a Mahak Chahal fan and if you want to save your favourite actress Mahek Chahal from elimination then SMS MAH to 56882 and vote for Bigg boss season 5 contestant Mahek Chahal.