Akashdeep Saigal is the fourth male Contestants of Bigg Boss 5 after Amar Updadhyay and MTV VJ Siddharth. Akashdeep Saigal profile is quite interesting as he is an all rounder TV artiste, fashion model, film actor, winner of Gladrags Manhunt contest, 1998 Supermodel, former football player. From this Akashdeep Sehgal wiki bio data, you can learn more about the profile and career of Akashdeep Saigal, personal information, contact details and more. 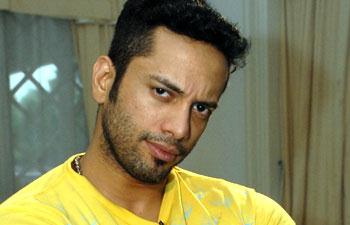 Akashdeep Saigal was shot in to fame by winning the Gladrags Manhunt contest in 1998. His name is too popular as every household knows him for his villainous role as Ansh Gujral in the serial 'Kyunki Saas Bhi Kabhi Bahu Thi' on Star Plus, which is Akashdeep Saigal debut in TV Serial. Akasdeep Sehgal first debut movie is 'Pyar Mein Kabhi Kabhi' (1999). He was also participated in the first season of 'Jhalak Dikhhla Jaa' a dance reality show aired on Sony TV and also on another reality show 'Iss Jungle Se Mujhe Bachao' where he came fourth out of 12 participants. He was also one of the contestant in the reality show 'Zor Ka Jhatka'. His other TV shows includes 'Kuchh Is Tara', 'Fear Factor', 'Comedy Circus'. Akashdeep Saigal modelling career reveals that he has been in modelling for about 4 years and his TV commercials includes Bombay Dyeing, chiclets, Coke and so on. Now he is the one of the inmates of Bigg Boss 5. Let's see how he performs in this show.

Akashdeep Saigal alias Sky is the Big Boss House still.He was a it quite during the early days. Tried politics in the house against the female contestants and screwed up Siddharth and Amar, but miserably failed. After which, became pally with the female inmates. He made friends with Pooja Bedi and Juhi and Sonali. Started irritating Mehak pretty badly . Had fight with Shradha Sharma. Over all, Sky is a good entertainer in the show. His laughs loud instantly at any point of time, which is quite impressive. He is playing the game safely and I hope he will be there in the house on top 3 contestants.