Billa 2 is an upcoming tamil thriller movie and one of the most eagerly awaited film by Ajith fans all over the world. The film is going to be released on July 13 and is distributed in Tamilnadu by Aascar Films V Ravichandran. The advance booking for Billa 2 started yesterday (10th July) and the tickets for this movie is in full demand. Wide Angle Creations in association with the Hinduja Group company IN Entertainment is the producer of Billa 2. The total budget of Billa 2 is 32 crores.

Cast and Crew of Ajith's Billa 2 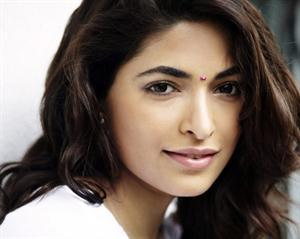 Story of the Film Billa 2

Ajith Kumar's new upcoming movie Billa 2 is the most expected one by the Thala Fans. This story is about David Billa/ who is a South Indian and a very ordinary person from the slum who becomes the gangster and the Don. The story revolves around the flashback of the 2007 Billa movie.

How Billa became an underworld Don

To get answer to this question wait for another 2 days.

Big Release of Billa 2 in USA

Ajith Kumar popularly called as Thala has won the hearts of not only the tamil people in India but also the people in USA. Yes Billa 2 is to be released in 60 screens in various locations in America on July 12th 2012. His previous film Mankatha was also a hit in USA. This is considered as the second hit movie next to Superstar's Endiran in USA. Billa 2 is distributed by ATMUS Entertainment in USA.

Wait for another 2 more days.
Billa 2 review is coming soon in TSR.

To know the list of theatres releasing Billa 2 check the below link:
Billa-2-release-theater-list

Looking for instant updates about this page or want to know more about Ajith and Tamil movies 2012? Join us on Facebook

In this article you can find information about review of Ajith 50th movie mankatha by Rajini, Simbu, Trisha and Premji. You can find reviews given by leading newspaper like Deccan chronicle and internet movie trackers like Rediff, Behindhood and Movie crow.