Tamil movies that got a good response in 2012


This is the Vijay starrer movie that released on 12th January 2012 and was the copied version of the Aamir Khans 3 Idiots which was the movie that earned more than 220 crores in Hindi. 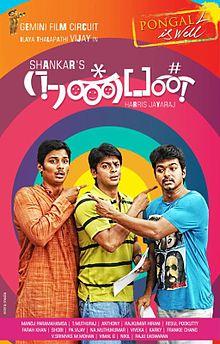 It was Shankar again who dared to remake the movie in Tamil for Vijay and the music was composed by Harris Jayaraj and it was rated 7.4 out of 10 by the IMDB. The Vijay starrer had Illeana on the female lead and other characters like Jeeva, Srikanth, sathyaraj and sathyan. In this movie it is all about a person Panchavan Parivendan and his two friends who join a college where the dean of the college wants his students to behave properly and learn only what is taught in the college. Vijay is extremely at the other end where he does not memorize the subjects but understand and act accordingly. Sathyaraj does a negative role in the movie that is very strict and thus there is a misunderstanding between Sathyaraj and Vijay, on the other hand Sathyan known as silencer in the movie memorizes everything and because of that earns a good name in the minds of teachers including Sathyaraj.

Vijay tries to teach his teacher how to teach lesson to the students and this makes his teacher more angrier and when the results of the semester releases Vijay tops the list and his two other friends secure the last mark by just clearing and this makes them annoying, Soon sathyarajs daughter falls in love with vijay. At the end when vijay helps their friends to settle and sathyaraj daughter to have a good delivery, everyone including Sathyaraj gets attracted by vijay and what happens next is the story. The director wants to tell the viewers that the children's should be left for their own decision and should not be compelled by the parents. Look out for brief review in our Latest tamil movie reviews section.

This is the movie that released on 16th of March and the movie did well though it was not the best. It is about a person who climbs down mountains to take the dead bodies and receive cash for the same. The movie had Krishna, Bindhu on the lead roles and Karnaas, Thambi ramaiah supporting him in roles of friend and Chittapa. 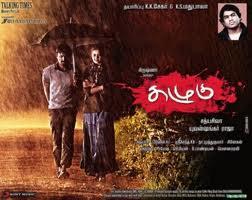 Once it happens that the heroine's sister falls from the mountain with his lover and this case also goes to the hero. He gets down the mountain to get their body and when they bring that up they get cash from the parents but the hero and his friends get the ring and money from the dead bodies without the notice of others. It happens that the heroines ring is in the hands of the hero and soon the heroine falls in love with the hero. The heroine tries to express them to the hero and soon the hero understands her and also loves her. At one point their love affair comes in the notice of both the families and after some quarrel the girl's family accepts for the marriage.

After some days there is one more case where the villain of the movie does the murder of the police who acts against him in the illegal business carried out by him. After killing the policemen the villain throws his body along with the jeep in the mountain. Soon the villain goes to the hero and his friends to hide the murder but as the hero doesn't hide the murder and brings the murder to the notice of the police. The villain gets annoyed and as an act of revenge murders the friends of the hero and heroine too. Soon the hero kills the villain and his companion and jumps in the mountain along with his lover and at the end he wants to tell that he is happy of dying rather to live without his lover and this is shown as there are no leaves in the hands of the hero and the hand is fully open. 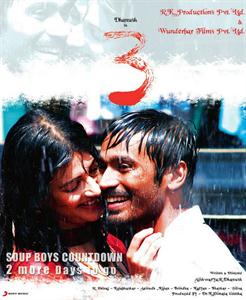 This is the movie which was released on 30 March out of more expectations but the movie did not go well though as expected. The highlight of the movie was the lonely song "Soup song" which was a hit not only in Tamil nadu but throughout the world. It was said that the song had millions of viewers within few days of the songs release. I don't think any other song has made that feat before this is Tamil. The performance of the hero and heroine of the movie was quite good but the movie lacked a good choreography and this hindered the movie. The story looked good this movie did not attract the viewers towards that. This is about a hero who falls in love with the heroine at a small age and marries her in the future too. Soon the actor gets some disease that makes him angrier and because of which he loses his patience and temper. Because of this the actor kills himself with the help of the friend as he thinks that the disease may affect the relationship with the heroine. What happens after that is the remaining story.

This is the movie that was well played and directed and had a good story that covered almost all the audience who ever saw that. I think it is the story that provides a good thesis to be bewaring of the person who actually pretends. 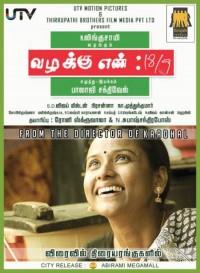 The story is about two girl and two boys who are of different status and class. On one hand there is a poor boy working in a roadside falling in love with poor girl who is working in a house where there is a rich girl who is attracted by the boy who is richer and sophisticated. The poor boy escapes from a place after the demise of his father and mother and reaches Chennai and gets a job in the roadside shop.

One day it happens that the rich girl in the flat is attracted by the boy and the reason for the attraction was the other boy was rich and had all the latest things like mobile phones with him. Soon the girl finds that the person is just aiming somewhat different other than true love and separates herself from him. Soon the person wants to take revenge and pours acid on the other girl who is just working over there. Soon the police catch the innocent boy who is in love with the girl who had acid in her face and compels him to accept and as the decision would be of some good thing the boy accepts the judgment and goes to jail. When this thing comes to the knowledge of the poor girl she gets some acid and pours that on the policemen who were the reason behind the innocent boy's arrest. Then the innocent boy promises to the girl that he would be waiting and their ends the story.

Hope these movies would find a place in the top 10 movies of the year 2012 and one cannot say that confirm and has to wait till the end of the year to know more about that. There are many movies on the line that are to be released later this year in which Vishwaroopam, Thuppaki, mattran and Thandavam are expected a lot. One cannot wait to watch all these movies and they are planned to be released worldwide and this makes the Tamil cinema industry proud.

The datails of the Tamil actor Vikram upcoming movie Rajapattai

This is the article about the Tamil movie 3 which is going to be released in the theaters all over Tamil Nadu on 14th January 2012. This movie would have the lead roles played by Dhanush and Shruthi Haasan and it is directed by Aishwarya Dhanush.