Wish our Surya on his birthday

Tamil actor Surya, one of the great heroes in the Kollywood industry, celebrates his birthday today. He was born on 23rd July 1975 and this is his 37th birthday. He has done many hit films and he is one of the most handsome heroes in Tamil Film Industry. He married Jyothika in the year 2006 and today he is celebrating his birthday with his wife Jyothika and his daughter Diya and son Dev.

Some of the most popular movies of Suriya are as follows: 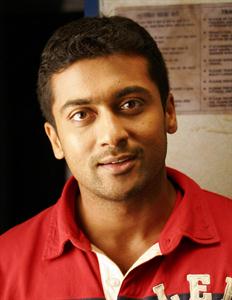 Suriya fans are conducting blood donation camps at the VHS Hospital near Mathiyakailash in Chennai. About 82 of his fans are donating blood and Ramesh Babu (Suriyas cousin) is the chief guest of the event. They are also donating dresses and note books for the poor school children.

KV Anands Maatraan is Suriya current working film which is a high budget film with lots of expectations.

Get to know the details of the 7 Aum Arivu 7th Sense movie review. In this article I have cocered the details like the Story of 7Am Arivu, Who is Bodhidharman? and many more details. Read to know more about Surya latest movie 7 Aum Arivu.

This article gives you the profile and biography of Mr. Surya Sivakumar,a renowned actor in the field of Tamil Cinema. Most of his performance in the films are welcomed by everyone. He is really a good performer and a philanthropist. Get here to know about the details of the film he featured and awards won by him.

The latest buzz towards 7am Arivu Story is high even before its pre release into the minds of the film lovers. It is the movie which would have some special segments in its story. 7am Arivu clocks release have started its ticking and in this film Suriya and Sruthi Hassan plays a lead role with its pride of being directed by A.R.murugadoss and produced under the banner Red Giant by a leading producer Udhayanidhi . Read more to get to know the story line and hidden facts behind the film. Happy Reading.