Sri Lankan Navy arrests 23 fishermen from Tamilnadu on the charge of entering in Sri Lankan water. Chief Minister J. Jayalalithaa urge the supremacy to oversee this issue. In a letter to Prime Minister Manmohan Singh, she urge the government to look after this issue and requests them for the urgent release of fishermen. Government of India urge the Sri Lankan navy for the release of those naive fishermen. 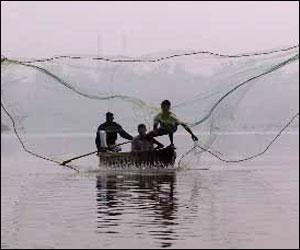 As per officials, Ministry of External Affairs, requests the Sri Lankan Supremacy for liberating the fishermen, who were arrested on entering in Sri Lankan water. As per an official from fishery department, Sri Lankan Navy itself attacked on fishermen boats first and then arrests 23 fishermen and snatch their boats(about 20) as well as fishing net. As per information, when the fishermen were arrested at that time they were fishing near Katchatheevu in the Palk Straits. Over this, an Sri Lankan Navy officer said that when they got arrested they were causing damage to fishing gears of Si Lankan counterparts near Talaimannar.

If we talk about other related issues, then on 1 July, about 10 fishermen were arrested from the state on the charge of fishing in Sri Lankan Navy water by crossing the International Maritime Boundary Line. But they were released as per the order from Mannar court.By over viewing all these arrests of innocent fishermen, C. M. J. Jayalalithaa wrote a letter to Prime Minister Manmohan Singh, expressing concern over "unrelenting, harsh attitude of the Sri Lankan Navy" towards Indian fishermen. This is really a big issue for Tamilnadu government now a days. It seems like a habit of Sri Lankan Navy as tthey used to arrest Tamilnadu fishermen. For more related issue about these fishermen arrest, kindly read the following articles:
Attack on Fishermen by Sri Lankan Navy
Urge of Jayalalithaa for fishermen release