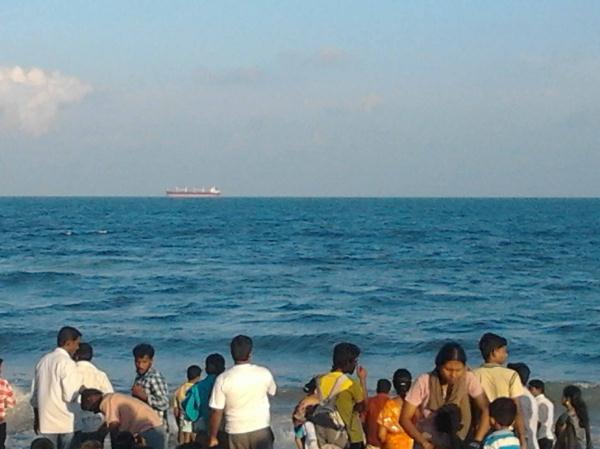 One of the most important places in the Chennai tourism board is the Marina Beach that is located at Chennai and considered as one of the best beaches in Tamilnadu. It is the beach that is one of the largest beaches in the world. There are hundreds of people visiting the place each day and it is one of the preferred places the people visit on their holidays. Especially in the Summer Holidays in the evening the beach would be full of people wandering here and there. The beach is the public place and there are many companies that are posting their banners here at the beach.

There are various shops that are located in the beach that offer a wide variety of products like food, Ice creams, Fruits, Toys, shells etc., Before some days there was a committee meeting where the problems faced near the Beach was raised and there were lots of Discussions that took place in the meetings. Almost most of the shops established on the seashore are established without the permission of the government and thus now the government officials have decided to establish the shops under their own control which was previously established and that too in a long row and this would be of more benefit to the people as the disturbance would not be there. It has been stated that about 4.85 crores would be spend to bring the shops under their control and establish them in a row other than to allow them here and there in the beach disturbing the visitors.

Banners of the Private mobile phone companies at marina beach

In this state one more problem that was faced was the private cellular companies that are painting their banners and sticking them in almost all the shops that are there in the beaches. They are painted in such a way that the beach appears to be full of the banners of the companies including the hawkers who have the banners of the company on their moving tri cycles. When asked about this thing to one of them named Srinivasan who have established a shop here he said that "the company promised to give us umbrellas for our shops and in return drew their companies painting in our shops and then they cheated us and never gave umbrellas as they promised us and we were cheated".

When the media people asked the officer named Kathikeyan he said as follows "As marina is one of the major tourist centers in Tamil Nadu where there are thousands of people visiting the place daily and enjoying a nice time over there. It is absolutely a wrong thing to establish a shop or draw any paintings at a location like this hence all these banners would be removed immediately and the shops would also be taken into consideration and soon the officials would do the needy to avoid any mistakes that take place in such a tourist spot".

I think this is one of the most important things that the corporation officer has did. I feel personally that Marina beach should be free from such a kind of activities and I feel that the shops should also be removed from the place leaving the place purely for tourism and the shops should be established together in a distant location in the beach itself and this would be one of the major step for the welfare of the public in such a great location where people come for their hang outs.

Get to know the details of one of the finest beaches in India Marina Beach. Details about holiday packages in Marina beach and attractions around marina beach is given below. Tsunami attack on Marina Beach Chennai details are also enclosed.

This article Famous Beaches in Tamilnadu gives the details of god's gift Marina Beach, The holy rituals taking place in in Kanyakumari and Rameshwaram beaches.Importance and activities of visiting world heritage centre Mahabalipuram. Muttukkadu Beach Chennai, Covelong, Pulicat, Velankanni and Kurusadai Island Beach are the ideal places to celebrate the weekend holiday with family and friends. .

This resource provides you the stuffs in Covelong Beach located near Chennai,Tamil Nadu. This article also includes the historical facts of Covelong Beach. Some travelling guidance are also provided. It is a nice place to enjoy our leisure time.