Destruction of an six storey buildings located at Anna Saalai

It was yesterday 07/08/12 that the demolition of the six storey building situated in Anna Saalai started after the High court's order. It was the land that belonged to the Muslim educational trust that occupies an area of about 1170 square feet's at Anna Saalai and about 968 square feet's in the streets that is attached to Anna Saalai named Ashish mulk. Hence a total of about 2138 square feet's with the old building was let for the lease purpose to Aliar and sons. This company namely the Aliar and sons is owned by the partners Mumtaj Begum and her husband. But as the husband of Mumtaj Begum died before some years the Business property came to the control of Mumtaj Begum and it was properly registered too. 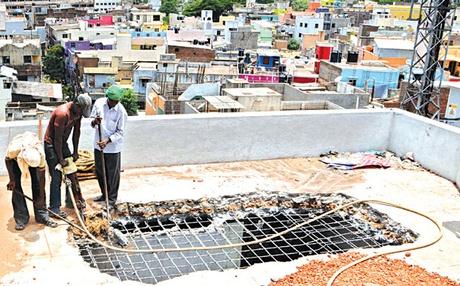 In this state there was a six storey building build all of a sudden and the various blocks in the building was provided to various other private companies that are operating in Chennai for rental purpose. Though there was no proper permission taken by the Aliar and sons to establish a Multi Storey building at that location that belongs to the Muslim Educational trust, the Alias and son succeeded in raising the building in some others land and also let the blocks for rent to various other companies.

This made the real owners of the land angry and they immediately laid a case in High Court on the company Aliar & sons. After the discussions made in the court the High court ordered the demolition of the six story building and also asked Mumtaj begum to pay a fine of one lakh rupees and this was the final judgment made by the high court. After the judgment given by the high court, all the supplies to the six storey building were cut that included the electricity power, water supply and the drainage pumps. After this the crew that were send by the court for destruction started the destructing the building from the sixth floor and when asked how long would it take? The crew said that the drainage should be sent out and then the total building would be demolished within two weeks from now.

Usually whenever building is demolished there would be some safety measures that would be laid like making a fence so that thee other buildings near them won't get disturbed or damaged. But in case of this destruction there were no such preliminary things done and that could destroy the buildings near them. This lead to some quarrel between the destruction crew and the owners of the nearby buildings. It is a most important fact that any building that are build after 2007 and has no proper permission or build against the rules, can be demolished by the CMDA or the Municipal corporations without any hesitation. This is the first case where the Building without proper permission from the municipal corporation has been demolished.

Now there are questions raised by many that when would the other buildings that were build against the violation be destructed as there are lots of buildings of many industries and companies that are build against the rules of the government or as build at the government land itself. Now there are questions that state "If the action would be taken only after the judgments of the court then why is the CMDA held for". I would say that this is one of the responsibilities of the government officials and the CMDA or the Municipal Corporation to find out which are the buildings that are located and are build against rules and should also take necessary actions to correct them.

Conclusion- My view on the topic

There are many government officials who are destructing and are telling to remove the small areas covered by the vendors for selling things like Vegetables, Fruits etc., but the same officials don't even look at the people who are building various buildings with four or five storey's in the same place that belongs to the Government. Is that the bribe that makes the policemen to stop looking at the large buildings that are build by the businessmen against the rules, when they are able to look at the small shops that are held in the roadsides.