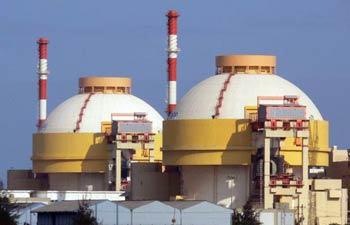 Jayalalitha in a letter to PM Manmohan Singh requested that she wanted the first 1000 MW electricity for Tamil Nadu. It was one of the most important things that were requested by Jayalalitha. I think this was the thing that made her to give her speech on the occasion of Independence Day where she said of vanishing the electricity problem in 2014. We have to wait for the response of the Prime Minister to have a conclusion on this problem. I think that the problem of Electricity would be overthrown once the PM gives the sanction reply on the letter posted by Jayalalitha.

This was the plant that caused many problems before some months when the people in the surrounding opposed the plant saying that it may cause some troubles to the public staying around. There was a case that was held in the high court regarding this matter and the judgment is awaiting till now. In this stage it is a thing to note that there was a problem when the officials of the Kudankulam Plant said a go signal to the plant before some days. The Court had to ask a question on the officials how they could give a go signal to the plant that is on the hold by the court. I think this is the plant that is going to end the Electricity plant in Tamil Nadu according to the action made by Jayalalitha.

It is a thing to know that there are two units created at this power house that can create about 1000 megawatt electricity. Now the actions are taking place to start the unit's activity and it is ready for the production of Electricity. It is expected that after the production of electricity from one plant the other plants activity would start in some month's period of time.
In this stage Jayalalitha has asked the permission to provide all the electricity produced from this plant to Tamil Nadu. It is a noteworthy thing as it is the Third time that the chief minister has written a letter to the prime minister on this issue. The chief minister has written letters twice before this on 31st March and 25th April of this year and this is the third time it has been done.

The plant has not yet started to operate but as soon as it operates, the electricity produced from the first unit of about 1000 units is to be used by the Tamil Nadu Electricity board. It has been stated in the news that the coal filling for the plant would start soon so as to generate electricity from the first unit of the plant. The Chief Minister of the state has also mentioned that "I think it is one of the most important and needed one for us, I think that you would do the necessary to help us in this regards". Hope there would be some nice solutions for the problems and thus overcoming the electricity problem in Tamil Nadu.

I think this is one of the most important decision taken by the Chief minister of the state to overcome the problems in Tamil Nadu. Electricity Problem is one of the most important problem that has been torturing the people in the last few years. This decision would overcome the problem of Electricity for sure as there is more than 1000 MW electricity that is going to be alloted to Tamil Nadu. A wise decision made by the Brave women known for her Bold action would definitely resolve the problem in Tamil Nadu in the future.