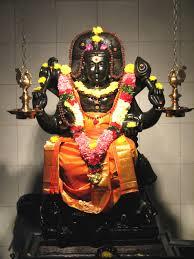 Danvantri Arogya Peedam, Walajapet, Vellore district one of the most famous temples of Tamilnadu is going to organize Guru Peyarchi homam. Guru bhagavan, the deity who stands in the centre of the Navagarahas is going to undergo a transition. GuruPeyarchi 2013 takes place on 28th May 2013 from Rishaba rasi to Mithuna rasi on May 28, 2013 several homams are done in almost all of the temples in Tamilnadu. Here at Danvantri Peedam Kayilai Gnanaguru Dr Sri Muralidhara Swamigal will perform Guru Peyarchi 2013 Maha Yagam 10 a.m., on Wednesday, May 29, 2013. Special Poojas and Abhishekams will be performed to Guru Bhagavan and Tamil Pandits will conduct Yagam or Homams on this day. Adirshtam' C Subramaniam, Balajothidam' magazine editor will preside the homam. To know about Guru Peyarchi 2013 Remedies read the below article:
Guru-Peyarchi-2013-Rasipalan-Predictions-Remedies-Pariharangal

Due to this Transit of Guru the following Rasi people will be affected and they are requested to participate in the Guru Peyarchi Homam or Pariharam 2013:
• Mesham
• Mithunam
• Katagam
• Kanni
• Vrichikam
• Makaram
• Meenam
If the above rasi people participate in the yagam they can see a good growth in their career, they will be blessed with Guru with marriage, job and child birth.

How to Participate in Guru Peyarchi Homam 2013

• Those who wish to participate can come to the temple and pay Rs. 500 in cash.
• Those who are not able to attend can send the money with the requisition letter with the names and rasis .
• For those participating the temple will conduct the pooja and will give the prasadams.
• A Guru yantram which can be kept in the bureau in home or business, a picture of Guru Bhagwan which can be kept in the pooja room for prayer and homa prasadam will be given to the participants.