Vijay TV's 7th Annual Vijay Awards was the most awaited by the tamil cinema lovers around the world. They were much eager to know if their favorite hero or heroine has won the award. This year Vijay Awards was held at Nehru Indoor Stadium on 11th May 2013. Close up Vijay Awards was powered this year by Malles Constructions and the total film industry function was there in the function. An array of stars, popular directors and producers, technicians, etc. attended the function. There was a live performance of the stars on stage and Vijay Awards 2013 was hosted by Actor Madhavan and Neeya Nanaa Gopinath. The function was made memorable because of the presence of the Bollywood Badshah Shahrukh Khan. Read the article to know about the 7th Annual Vijay Awards 2013 winners. 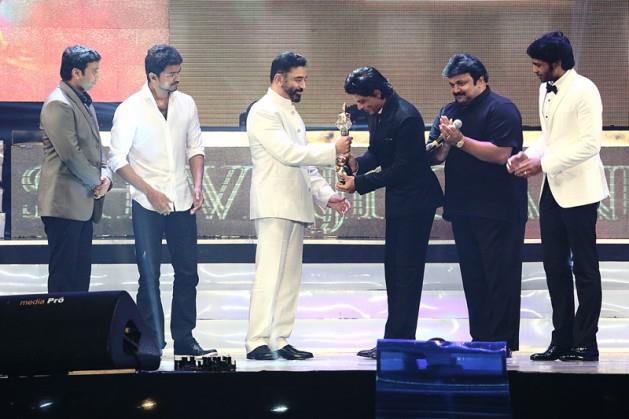 Find of the Year - Anirudh Ravichander (3)

Favorite Song of the Year 2012 - Google Google from Thuppakki

Favorite Film of the Year 2012 - Thuppakki