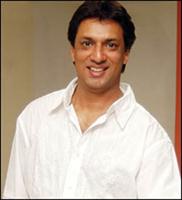 Madhur Bhandarkar has to discontinue his school education as his father's business suffered heavy loss. He had to suffer a lot by working in video stores and to sell chewing gums to earn a living. Madhur is married to Renu Bhandarkar, an interior designer and they have a daughter named Siddhi. As an award winning film personality, you might be interested to know more about his career.

Madhur Bhandarkar considers Ram Gopal Varma as his mentor in film career. Actually he graduated to work as an assistant to Varma. After assisting him for about 5 years, Madhur decided to direct his own film. But his first film Trishakti was a flop. Later he made Chandni Bar, which was a semi-box-office success. You might be interested to know the idea behind creating such a film like Chandni Bar. It happened when Bhandarkar and his friend visited a beer bar not realizing that it was actually a dance bar. What they witnessed was drunken men throwing money on dancers. Tabu who acted the role of bar dancer in this film won the second national award. His new film Heroine had started shooting with