Indian televion actress Ragini Khanna is very popular now-a-days. Ragini is niece of Super actor Govinda. She grown up along with Govinda and also learnt much from him. During her childhood days she was very fond of going to shooting sets of Govinda and copies the roles he did. Rangini has done her MCom from the Mumbai University. Also, it is said that she was doing her shooting for Radhaa Ki Betiyaan Kuch Kar Dikhayengi when her exams were going on. She spent her schooldays in R.N. High School of Mumbai. Ragini was always a good student and never brought her acting career in between her studies.

She was very fond of acting from the childhood days itself. She used to go with her uncle Govinda to the shooting spots. Bollywood carrer of Ragini Khanna was started with the film Teen Thay Bhai which released in 2011. Recently she was seen in a new TV show Big Money which aired in Imagine TV. She was the leader of her team in the show. At the end of the show, Ragini Khanna was declared as the winner and she won Rs. 10 lakhs as the price money. 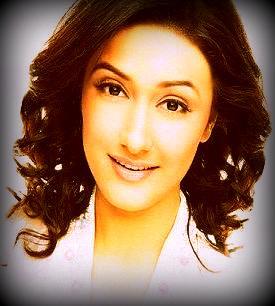 Ragini has started her acting debut in the serial Radhaa Ki Betiyaan Kuch Kar Dikhayengi which aired on 2008 in NDTV Imagine. Later she was seen in a popular serial acting as Bharti in Bhaskar Bharti which aired on Sony TV. Currently she is working in Ravi Ohja's serial Sasural Gendha Phool. She is doing the role of Suhana in Sasural Gendha Phool. This show airs on Star Plus from Monday to Thursday. She is acting the leading role in this TV serial. In this serial the story says that Suhana is a girl who has lost her mother during her childhood days. She has grown up along with her father who is a businessman. He keeps on satisfying all the demands of her daughter Suhana. But, at last his father told her to marry to a boy Ishaan belonging from a middle class family, which she didn't liked, but was forced to live there.

She believes that the toughest days of Acting career of Ragani Khanna were the shooting sets of Bhaskar Bharti. The serial's shooting sets, difficult roles and special episodes were really struggling for Ragini Khanna. Recently she was seen in a new TV show Big Money which aired in Imagine TV. She was also seen in Kaun Banega Crorepati where ahe helped her team to win Rs. 12,50,000 for a charity. The show was hosted by Amitabh Bachchan.

Ragini has started her Bollywood career with the film Teen Thay Bhai which released in 2011. She was the only leading actress in Teen Thay Bhai. Also, her presence in the film was appreciable and gained praise from critics. The other three actors who worked with Ragini in this film are Om Puri, Shreyas Talpade, Deepak Dobriyal. This film was shooted in Kashmir and most of the scenes in this film are taken in snowy atmosphere. The film is produced by Rakeysh Omprakash Mehra and the director of this film is Mrigdeep Singh Lamba.

Ragini Khanna has done some nice roles in Indian Television serials because of which she was selected for various Television Award function. Awards and nomination of Ragini Khanna include some of the most popular ones such as Big Star Televison Entertainer Award. In this year also the Big Star Entertainment Awards 2011 will be conducting another award function. Also, Ragini won one of the award among Indian Tele Award 2011 for most popular female actress. National awards of Ragini Khanna include some of the major awards won by her. After getting the most popular actress in Television screens she was taken as the leading lady in Teen Thay Bhai. Hope, future of filmy career of Rgini Khanna will bring some of the new film releases in the coming year.

This is the list of awards won by Ragini Khanna:-
Indian Telly Awards 2010
Most Popular Actor Female For Sasural Genda Phool