Pulkit Samrat is a famous bollywood actor. He was born on 29th December 1983 in Delhi. He started his career as a TV serial actor in 'Kyuki Saas Bhi Kabhi Bahu Thi' where he played the role of Lakshya Virani. Also, he was suffering from back pain for several months, due to which he faced trouble while shooting. Then after, he went to Dubai for treatment of his back. He spent his childhood days at Manav Sthali School and Monfort School,delhi. He continued further in APJ Institute of Design, Delhi. He also completed his Bachelor in Multimedia (BMM). His fiancée is Shweta Rohira who is Rakhi sister of Salman Khan.

He started his bollywood career with 'Bittoo Boss' opposite Amita Pathak. The movie was released in the year 2012. Recently he is seen in a brand new movie named 'Fukrey'. He played the role of Hunny in the film. The other stars in the movie are Manjot Singh, Ali Fazal, Priya Anand, Richa Chadda, Vishakha Singh and Pankaj Tripathi. Priya Anand has played the role of Pulkit's lover. 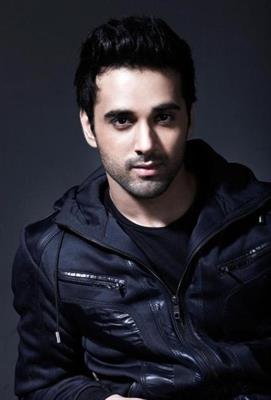 He started his debut with a TV serial named Kyunki Saas Bhi Kabhi Bahu Thi. He played the role of Lakshya Virani in the serial. Later in 2012, he was seen in his first bollywood film Bittoo Boss. The movie was not a blockbuster hit but Sumit's acting was appreciated by critics. Amita Pathak played opposite role in this movie.

In the year 2013, his second movie named Fukrey released in the month of June. The movie was a great hit. Some other actors like Manjot Singh, Ali Fazal, Priya Anand, Richa Chadda,etc also played a major part in the movie.