Tamil Nadu is one of the major sate in India that focuses more on Agriculture for its livelihood. There are more people who depend on the crops for their livelihood and so only we are celebrating Pongal as the main festival that is based on the crop season. As we are fully or mostly dependent on agriculture the need for water is somewhat more than any other state for us. But we have been facing problems continuously from other states that are not providing water. Find out the list of rivers in Tamilnadu here!

The water has been flowing for centuries from these rivers and suddenly over the past few years the water problem has become something like a curse to Tamil Nadu. The Rivers and dams that were once full of water are now dried up and the place seems to be a dry land which has no sign of a river before. There are lots of cases that are still pending in the courts that are laid on our Tamil Nadu. The other states like Kerala, Andhra, and Karnataka are completely refusing to supply water to our state. We have lots of songs that were sung in the past that explains the importance of land, water and Irrigation in Tamil Nadu. 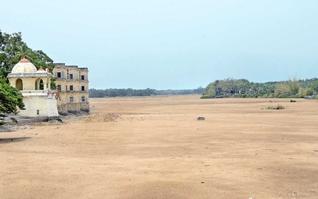 It is one of the major rivers that were helpful in fulfilling the hopes of major cities in Tamil Nadu. According to 1901 there was about 13.45 lakh acres of land held on Irrigation that depended on this river for their Irrigation Purposes. Whereas the irrigation land of Karnataka was only 1.11 lakh acres. According to the agreement made under the supervision of the British minister Shankhe, it is said that the rivers that are flowing in two states at the same time should gather a meeting in case any change is needed in the forthcoming years. As it is a river that facilitates two states the decision should be taken in the combination of both the states But Karnataka Engaged itself in building a new dam to facilitate its needs and stop the water their itself without even consulting the other state which depends on the same river for the Irrigation purpose. When Tamil Nadu opposed the thing, British council in the year 1924 stated that a certain level of water should be sent to the Tamil Nadu state each month. But the Karnataka Government is always refusing to do whatever is told by the law or by the court. At one stage it drew all the water from Krishnaraja sagar, Hemavathy, Yakachi, Lakhsmana Thirtha, Kabini etc and also took the Kaveri River thereby giving no importance to the law that stated something else.

It is one of the most important things to note that the Karnataka is not supposed to involve in Irrigation during the off season (Kodai) but they are using this river by dragging them to a very far place for the irrigation purpose. Because of this there is a scarcity in the Mettur and so the Mettur Dam is unable to be opened. Since about the irrigation of 4 lakh acres of land is affected each year. In the areas of the Kaveri which was once a land of greenery the people are affected with 'no water to drink situation' which has never been faced by them before. 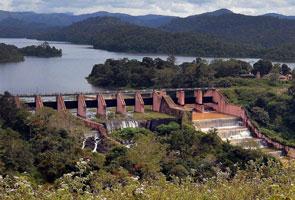 The River is one of the major sources of water for Tamil Nadu in the recent past. It was built by the British named John Bennicook in the year 1895. In 1895 during the British Rule it was one of the most important things to note that Tamil Nadu was known for the irrigation purpose and the water from the Mullai used to flow into the ocean without any use to anyone. Hence the British decided to divert the river so that it can be used by the people in Tamil Nadu. It was designed in such a manner that it is capable of storing water up to 155 feet's. It is important to note that it was build only in a useful manner to help the Irrigation purposes in Tamil Nadu rather to get wasted in the Ocean water. The dam was said to be safe for almost 999 years and the British assured that this would not cause any problem and later an agreement was also put on this regard by the British that ruled our nation. But the Kerala people in less than 120 years after the dam was build have opposed saying that the British agreements would not be useful to us.

They also opposed the statement of the British and reduced the water level to about 136 feet's. They are also trying to destroy the old dam build by the British and are trying to plan a new Dam over there in Kerala. This case went to the High court where the judgment was given to raise the water level up to 142 Feet's. But after this also the Kerala is not accepting the judgment of the high Court. It is the matter of fact that already about 2.10 lakh acres of land in Theni, Dindukkal, Sivagangai and Ramanadhapuram have been affected by the reduction of the water level in the Mullai Periyaar and if the water is decreased still the areas like Madurai, Usilambatti, Theni and Kamban would suffer from the deficit of water to a great extend. The farmers in Tamil Nadu are stating that there is almost 1200 TMC of water every year that is mixing in the ocean why can't the keralites try to save them instead of stopping the major source of water to the Tamil Nadu people. They also say that it is the Ego thing that is happening in kerala that stops the people from sending the water to Tamil Nadu. 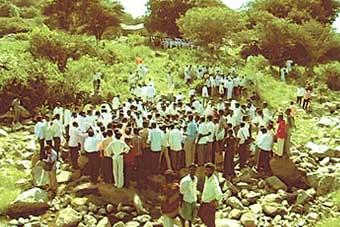 It is the River that originates In Karnataka and flows to Tamil Nadu. The people of Karnataka have also violated the agreement and have build a dam stopping the water to enter the state of Tamil Nadu. The state of Karnataka occupies most of the water coming from the Pedhamangalam Dam, Ramasagar Dam and even from the small quantity of water that comes down is also shared by Andhra and Tamil Nadu and hence Tamil Nadu gets very small amount of water from them. Now it is the matter of fact that the Andhra Government is building a dam worth of 2.05 Crores in a forest land near Shivaramapuram located at Andhra. In certain Districts of the south like Vellore, Thiruvannamalai, Thiruvallur, Kanchipuram the farmers are dependent on Well water for their Irrigation and if the water from the Paalaru comes only then the Wells in these areas would get wet.

It is one of the most important think that about 2 lakh Acres of Land are dependent on this water for their irrigation purposes. As the water is not available from this river it is said that the people have destroyed the valley of the river by taking more soil for earning money and the leather factories have lead their waste water into these river valleys and has been contaminated to a large extend. Hope all these things clears out in the future and the river would be allowed keeping in mind the various farmers who are dependent on these rivers for their agricultural purposes. 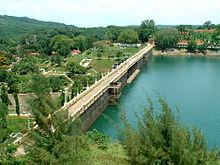 It is one of the water sources for Tamil Nadu that starts from Kerala. It is said that during the British period many ways were build for the water to travel the cities nearby and one of the valley was in Tamil Nadu. It is also said that after the 2004 there was no water that was released from this dam which is situated in the border of Tamil Nadu and Kerala. Even the Higher Officials did not care about this Neyyar water that was also playing a major role in Irrigation in Tamil Nadu.

This is important to note that lots of water from this dam is mixing the ocean nearby but the Kerala has got no idea of sending the water to Kanyakumari District that really is in need of water. The farmers state that this water was once used to irrigate crops like banana, Coconut, Rubber and Various vegetables but as the water from these dams stopped we had no other options and about 20 thousand farmers had lost their lives because of this. 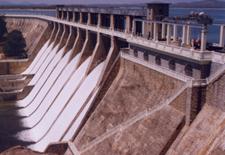 It is one of the other rivers that flowed in the areas of Krishnakiri, Dharmapuri, Thiruvannamalai, Villupuram and Kadallur. It was used to irrigate fields of about 80 thousand acres in the above mentioned areas. But the water that was used for Irrigation was stopped by the Karnataka government and the same was used for the Goldmines and Maallur Circles in Karnataka. It is important that the Karnataka government has planned to stop the water from one of the important joints in Thenpennai, the markandeya River and are trying to build a Dam worth of 400 Crores. The Karnataka Governmnet has already been working out in that and lots of Wells have been dug out. If the project gets successful for them it is a thing to worry that about 5 districts would dry out because of this.

Other Rivers That are deviated from Tamil Nadu

There are even many other Rivers like Amaravathi where the Kerala Government is trying to direct the water to generate electricity within their state and Bavani in kerala where the kerala government is planning to stop the water by placing a dam with the worth of 500 crores.

The polluted rivers and its impacts in Tamil Nadu