The Bengali film industry going through its prime with a lot of new releases. Most of these films doing well in the box office and has been successful in attracting the public attention. Even the films on cards for release getting popular before their release. To mention a few films, like 'Gondho' and 'Jhumura' are the much expected film still to release. Learn more about one such upcoming Bengali feature film Jhumura, its cast, crew, plot, story and preview from our website. 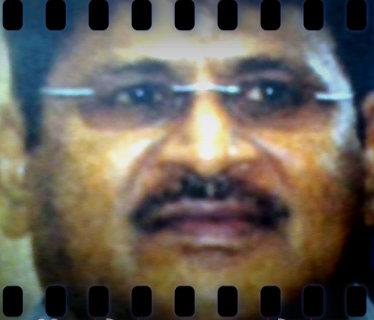 Producer Premangshu Roy busy making his new Bengali feature film, Gondho. The Drishti art and creations institute take up the production responsibility. This is the third movie of the producer after the film 'Katakuti' and 'Wrong number'. Bollywood actor, Raghubir Yadav plays the lead role in the movie. Now, he is not a new name in the Bengali film industry as because he has done movies like "Damu" and "Atta Ater Bonga Local" before. So, here the chance to see this versatile actor once again in a new challenging role. The storyline of the movie center on the character of Raghubir in the movie.

Theme or subject of the movie

The film moves around the life story of a simple man who never crosses the boundary of living an average simple life. Human relations do play an important role in every person's life and this characteristic drawn artistically into the movie. It throws light on how the Y-generation makes haste in making relation and takes no time to break the same is one good aspect of the movie.

The story revolves around the middle aged station master Nando Babu (Raghubir Yadav). He lives a typical middle class family life with wife Neelima (Kamalika Bandyopadhyay), daughter Indrani and son Indro. Indrani studies in class X1 and Indro studies in class 1V. One day Nando Babu receives a transfer letter to the Purulia district of West Bengal. Now, he leaves behind his wife, daughter and son in Kolkata and moves to the Tamna village of Purulia to save his job. Life in the Tamna village lacks the spirit and liveliness of the city as he remains idle the full day except giving out signals to the two passing by trains. Jiten Babu, the line man, introduces him to the village and shares a friendly relation with him. One day, Nando Babu, meets Sumi, the flower girl of the village. She is a young beautiful girl who lives below the line of poverty. She has a dream to earn and save money so that she could marry her beloved man, Kalar. Sumi gets close to Nando Babu, but he hesitates to accept her. Gradually, he cannot ignore her and comes close to her. During one close moment of making love, a smell mesmerized Nando Babu. He tries to recollect his memory about the smell that moves him so deeply.

Since, Raghuvir Yadav plays the lead role, it is a big positive about the film. A skilled and talented actor, known for doing challenging roles that make an impact. He knows what to deliver and how to deliver irrespective of the fact whether he acts on a stage, drama or in a commercial feature film. His simple, but natural characteristic blends well with the main character of Nando Babu in the film. Besides, Kamalika Bandyopadhyay has several upcoming pictures in her kitty, like the 'King Company' etc. Moreover, there are four Loc Geets and eight songs in the movie. Undoubtedly, this is one much expected Bengali movie of the new year. It schedules for a release by the end of the January, 2014.

In this artilce you will get the complete movie review of Se din dekha hoyechchilo. Se din dekha hoyechhilo is a must watch flick for those who love to watch Bengali movies. Get information about review, Cast and songs of 'Se din Dekha Hoyechhilo' in this post.

Complete review of Egaro the Eleven Bengali Movie with Egaro the XI Bangla Cinema with Star or Crew Cast, Plot summary and more.

In this article you will find Bengali Movie Fighter review, songs anf full story. The llatest Jeet-Srabanti flick an action film here you will get the detailed story and critical review of the movie Fighter.