The count down for the most expected reality show Bigg Boss Season 5 has begun which will be aired on Colors TV to entertain small screen viewers. This reality show Bigg Boss 5 will be hosted by the two most famous bollywood celebrities Sanjay Dutt and Salman Khan. Bigg Boss follows the format of famous reality show Big Brother where a group of celebrities will be staying in a house for about three months without having any connection with the world outside. Apart from the Big Boss 5 show timings, it is expected that many people will watch it in the Big Boss 5 repeat telecast time as well, just like its previous versions.

A group of 14 contestants will be selected as inmates of Bigg Boss Season 5 who will be put together in a large house which is called as Bigg Boss House, located in the city of Karjat of Raigad District. The other contestant will be introduced through wild card entry. The Bigg Boss house has all modern facilities but will have only one or two bedrooms with four rest rooms. There will be a confession room for the purpose of nomination process and for any conversation with Bigg Boss. 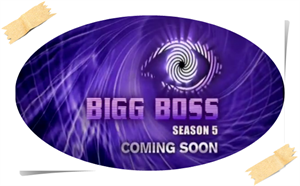 The participants should not speak any other language than Hindi and they should not use any mobile phones and the house will not have TV, Phones or Wall Clock. Even the participants are not allowed to wear watches. The housemates of Bigg Boss 5 have to cope up with all the household chores by themselves and they have to abide by the rules of Bigg Boss Season 5. Breaking up the rules, or one mess up or one wrong step of them attracts punishments such as washing clothes of other participants etc or what ever they get as a command from the Bigg Boss of the house. There will be gifts and praises too from the Bigg Boss when they complete their task successfully. There will be close room election every week to nominate a captain who is free from elimination for that particular week. The house has a number of cameras fixed on every room to monitor the activities of the participants. Every week there will be an elimination in Bigg Boss 5 which is through public voting. A new housemate is introduced between first and second month by the way of wild card entry.

You must be eagerly waiting to watch the first episode of reality show Bigg Boss 5 and might want to know Who are the Participants of Bigg Boss 5?. Well, here we have provided you with some information about the Bigg Boss 5 reality show live updates, which we thought you might like to know.

As you watch the show we will be providing more updates on Bigg Boss 5 reality show, so that you will not be missing anything from this interesting reality show from Colors TV.