Splitsvilla battleground is here. If you are a fan and you want to be a part of the show then you are in right place. To get into MTV Splitsvilla season 6, you have to first go through the battleground round first. If you will be selected in it, then you will become one of the top 10 finalists of splitsvilla season 6. The registration is free of cost and open for all who are interested. Once you are selected you have to mentain your status and popularity in the show. Those with the lowest scores in every level will be eliminated from Splitsvilla.

The shortlisted members will get entry into Splitsvilla season 6. Just like the previous seasons of Splitsvilla, there will equal number of boys and girls in the show. Moreover, there will be usually dates and chemistry between the couple. Also, the show will consist of different tasks which the contestants have to perform to stay on the show. The loser will be eliminated or will get into the dumping zone. The king and queen of the week then will decide the stay of contestany in the show.

Steps of Registration in Splitsvilla battleground 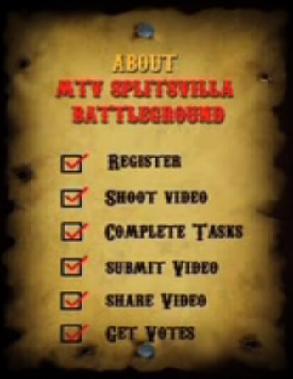